Yes, it's true; the surgery's been completed and I'm on the mend.  I was a little disappointed when my doc called last Thursday to say that the components for my knee replacement would arrive Monday morning, but not in time for me to be the first surgery case of the day.  Being an old OR nurse I'd requested that, but it just didn't work out.  So, I was rescheduled for 11:20 AM.  My son, Spencer, drove me to the hospital Monday morning at 9.  There's always lots of papers to sign, etc., that I was busy from 9 -  10:30.  Then I was prepared for the 'long wait' that usually occurs when one is NOT the first case of the day.

Just about at that time the anesthesiologist came to talk and plan the best anesthesia for me.  He suggested I have a femoral nerve block to cover pain issues post-operatively, and general anesthesia for the surgery itself.  He explained that he would expect the block to remain in effect for  12-14 hours, getting me over the hump of the immediate post op pain.  While the three doctors were injecting the nerve block, along came my Orthopedic Surgeon; his first case of the day had finished early.  That meant that my surgery would be able to start on time (almost unheard of in Operating Room occurrences).

Once the block and IV were in place, the anesthesiologist gave me IV Versed and I don't remember anything until I was being transported to my private room many hours later.  The surgery took about three hours I'm told and I awoke to a completely comfortable time.  As I said before, the femoral block was supposed to function about 14 hours; well, for me I had NO PAIN for 29 hours after surgery.  And, at that, I've only resorted to oral Percocet before I do any of the rehab exercises.  This has been, and is, just about as easy as it could be.

While I was in the hospital, my son-in-law, David, and my son, Spencer, went to my storage unit and brought my own bed to the house;  I have my own private room complete with TV, and a bathroom for my use only.  I'm being pampered like a princess and couldn't ask for more.

Thank you everybody for your well wishes - this, so far, has been a completely positive experience.

I'll leave with a couple of photos from Easter Sunday . . .
Mimi with newly engaged Quinn and Landon 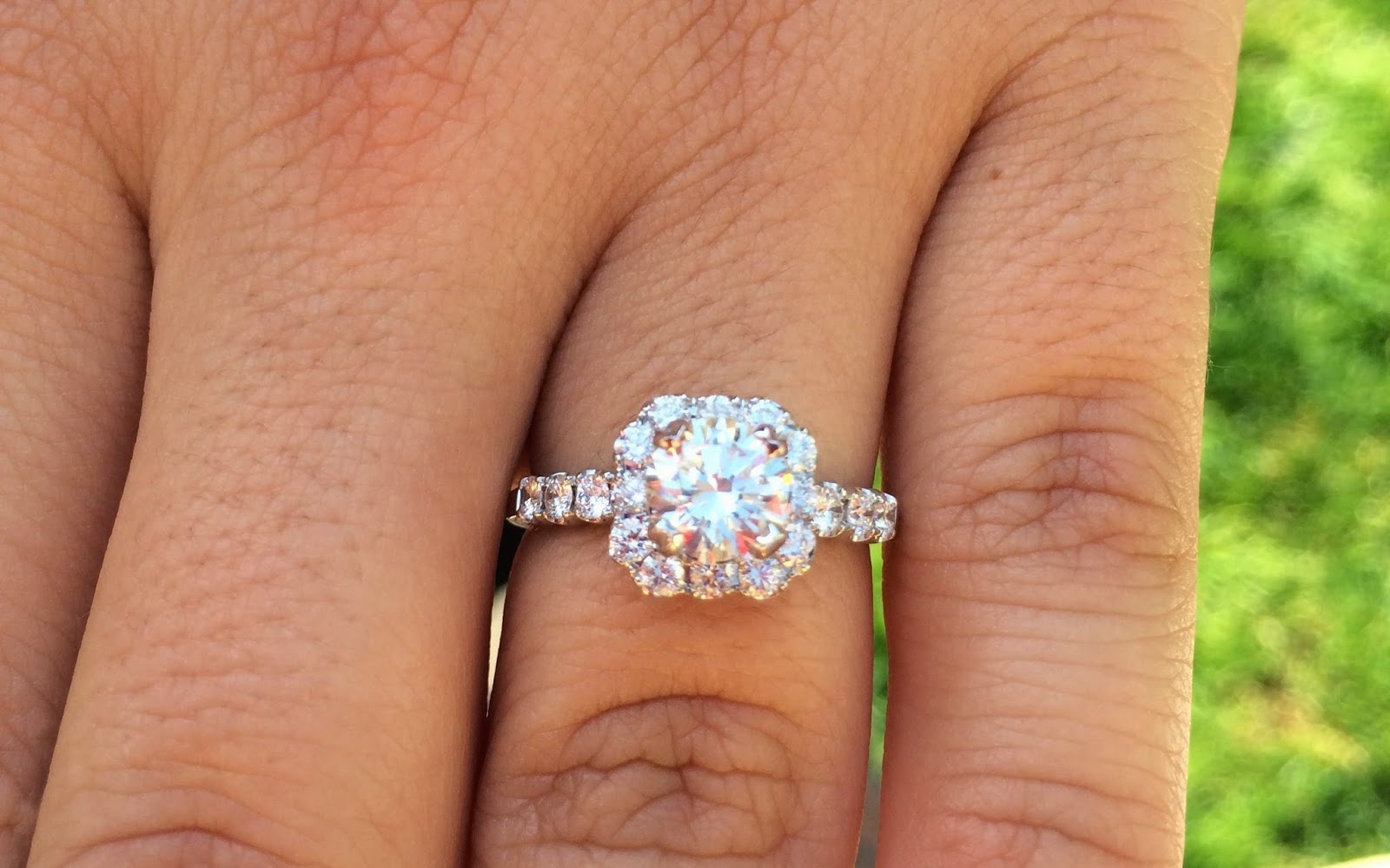 And, here's the beautiful ring.  We're all so excited and happy for Quinn, Landon, and ourselves.