Just shot these photos this morning after the visit of my physical therapist.  Thought I'd like to share how much support I have . . . 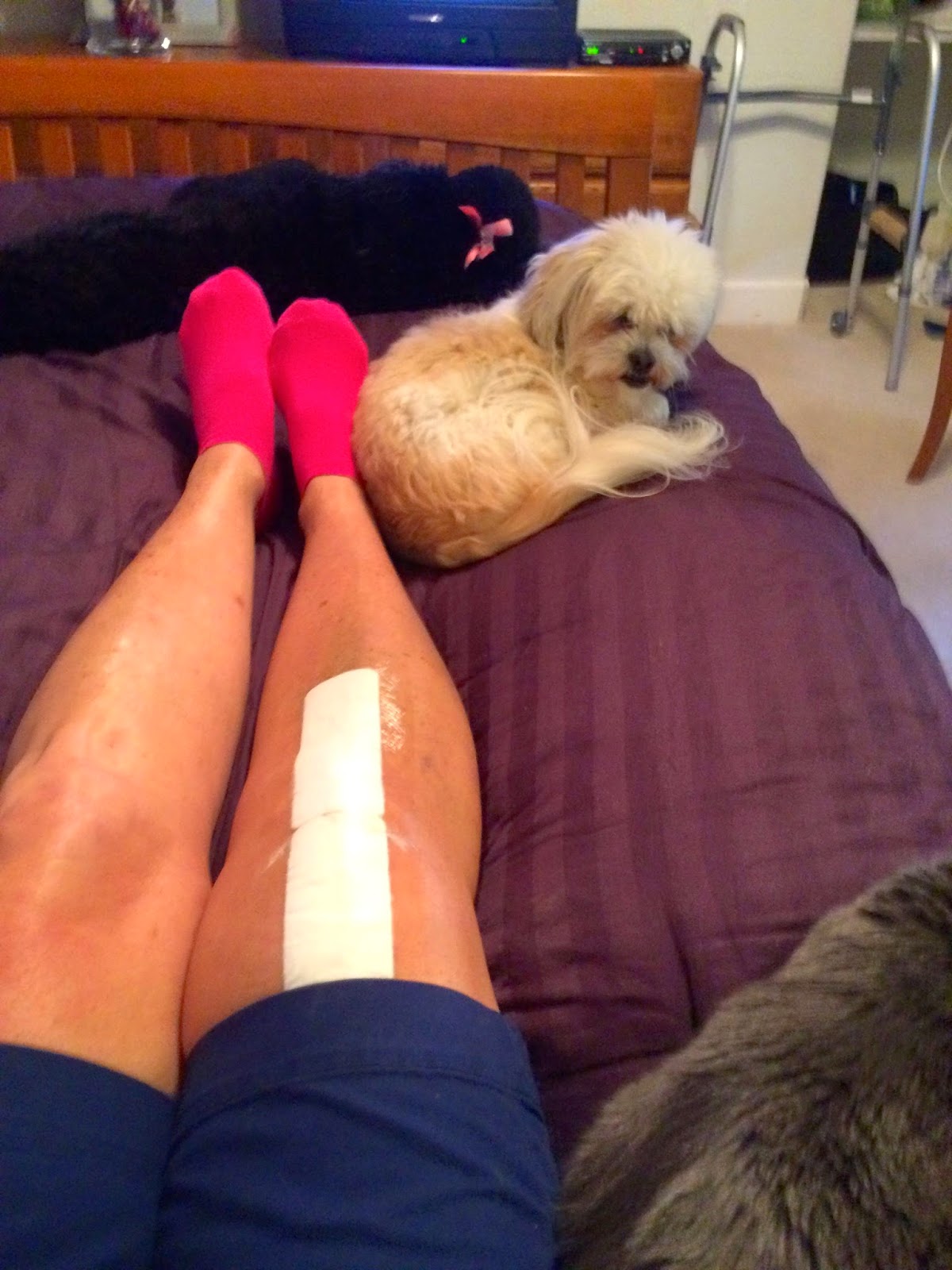 You can see Lacy sleeping at the bottom of the bed.  The little fluff ball is Ginger, my daughter's Daisy Pup (Maltese, Shih Tzu, Toy Poodle, Bichon Frise) and Eleanor right at my side - where she stays approximately 23 hours a day. 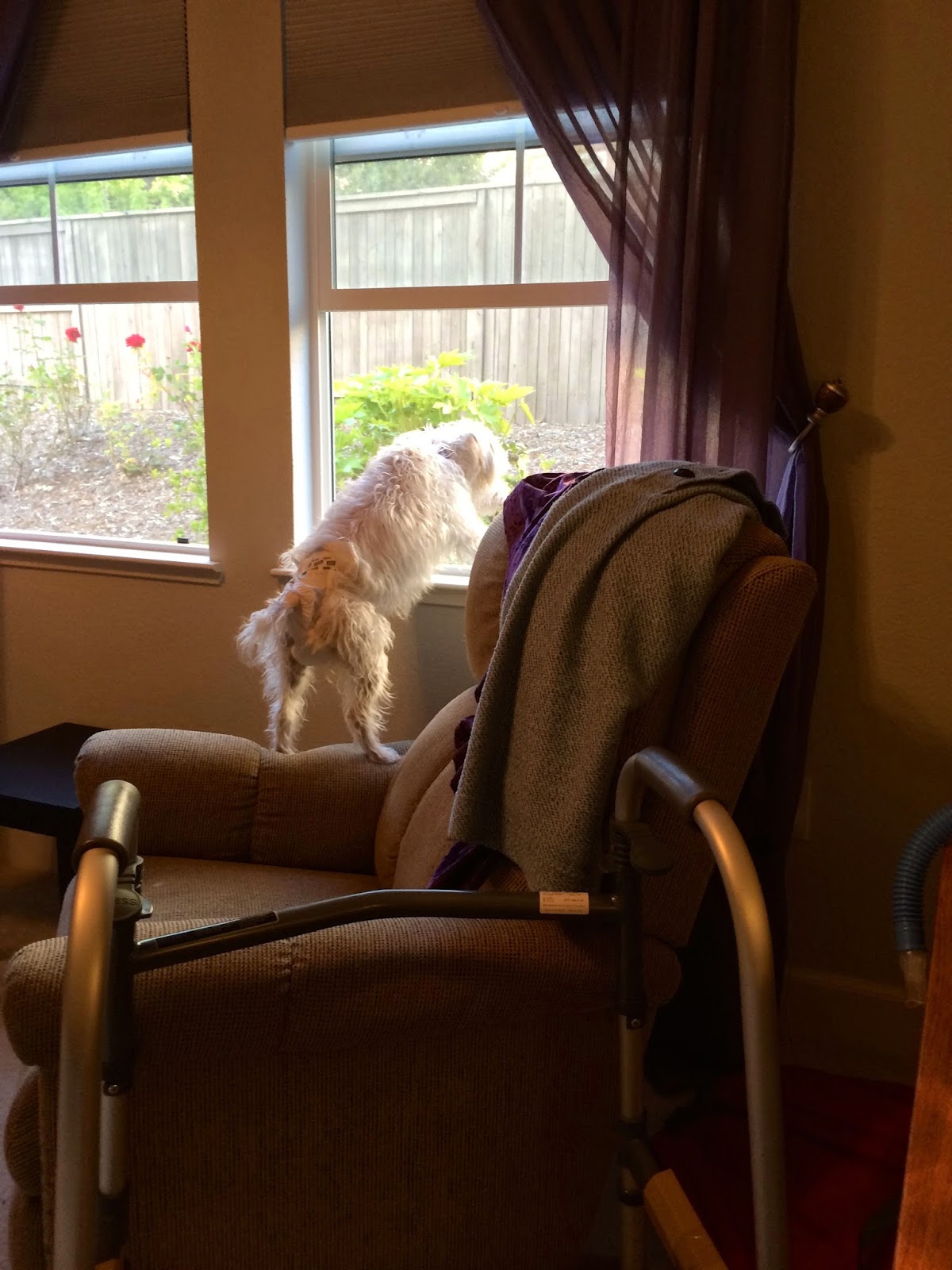 This is Bailey, my daughter's rescue Bichon Frise.  She can't manage to jump up on the bed, so she normally sleeps in the recliner.  Something sparked her interest and she climbed on to the arm of the chair to get a look out the window.  If you look closely you'll notice that she's wearing Pampers.

This requires a little explanation:  Kari rescued Bailey from the Bichon Frise Rescue.  She had been owned by an elderly person who passed away.  After that she was badly abused and her life was horrible.  The rescue people estimated that she was at least 12 years old when Kari found out about her.  The agency had received her, complete with a foxtail imbedded in her eye, which they had surgically removed.  Then Kari's family took her in and Kari is determined that she will live a happy life for as much time as she has left.  She's almost blind and deaf and has a little problem with her urinary tract.  She is very good about going outside for potty; but, she also has a problem with dribbling.  So, she's perfectly agreeable with wearing a Pampers with a hole for her tail.

But, that's not the end of the story.  About three weeks ago, somebody in the family inadvertently left a dog open and she wandered out (after dark).  A few minutes later they realized she was gone and the whole family took up the search.  They found her lying in the street, having been hit by a car.  They took her to the Emergency Vet and the diagnosis was that she had a fractured pelvis.  The vet gave the family the option for euthanasia - NO WAY was that an option for this family.

For two weeks they kept her confined in a crate with potty trips being held up by a sling wrapped around her body.  She's graduated and now walks without help, and can even get up onto the lounge chair, where she is right now, diaper and all. 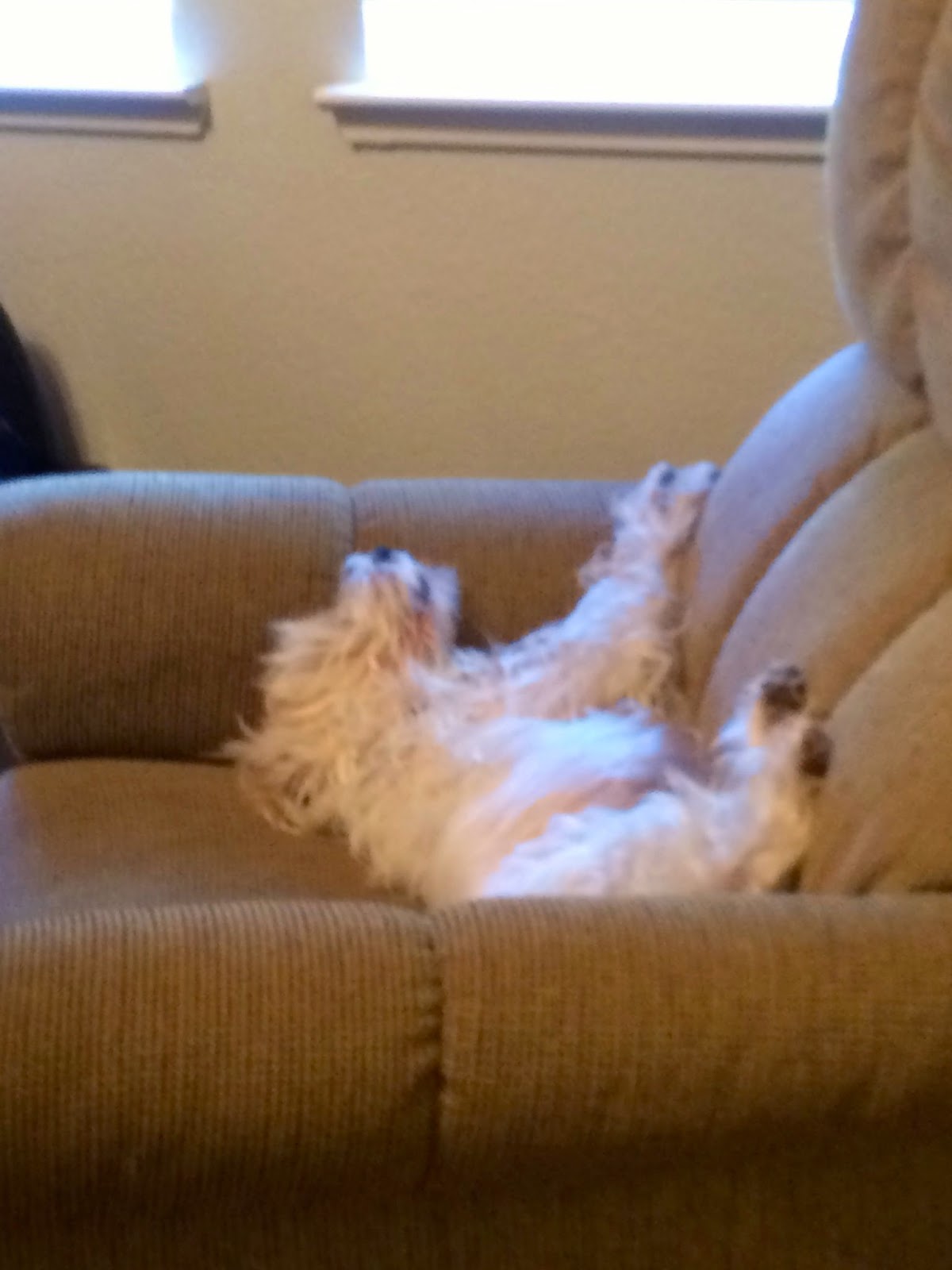