Yes, the home health nurse and physical therapist have signed off on my need for in-home therapy.  I will need to go to outpatient physical therapy and I'll also have to go to a Kaiser lab for blood draws as I continue Coumadin therapy for the near future.

Coumadin therapy is indicated post-operatively to prevent blood clots from forming in the circulatory system; blood clots can have disastrous results. I have a Coumadin therapy Kaiser pharmacist who has been monitoring the results of blood draws done by the home health nurse.  In the new future, each time I go to the Lab for a draw, the results will be given my Coumadin pharmacist and she'll call me with specific instructions regarding the daily dosage of Coumadin (Warfarin).  It's expected that I'll continue with this therapy for 4-6 weeks.  I'd never had to be involved in this form of therapy before; and, I have been a little nervous about the need for this drug.  It's can be a very dangerous therapeutic - it's purpose is to prevent or resolve blood clots wherever they might form in the body.  It is for that reason that the therapy also makes possible uncontrollable bleeding due to the longer blot clotting time. I talk with the pharmacist every 2-3 days so we can stay on top of the changes in blood clotting time.  I'm hoping that since I have been able to be much more active than earlier expected, I'll not need to stay on this regimen.  Physical activity is very beneficial for protecting the body from forming blood clots - and I like the natural formula instead of the Coumadin pharmaceutical treatment. 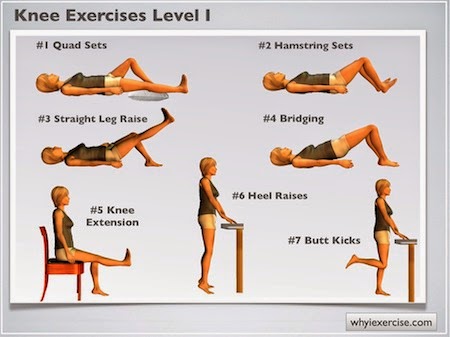 Visual of a few of the exercises in my routine 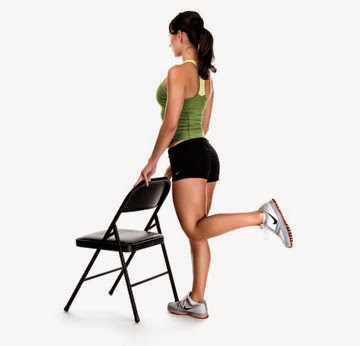 This knee flexion exercise was very difficult the first few times I'd done it; but, I'm getting that knee to bend (flex) so much better after only four days of this movement.

I have been diligent about the exercises prescribed.  As I've mentioned previously, some of the flexion and extension exercises feel like a cruel torture routine; however, I'm beginning to notice that they're becoming easier and the measurable degree of flexion (bending the knee) and extension (straightening the knee) are improving rapidly.  Each day I get more excited about the prospect of being able to squat, kneel, sit cross-legged on the floor, etc.  I'm determined to get as close to perfect mobility as I can.

Before surgery I'd been told that it would be between 4 - 6 months before I could contemplate heading out on the road again in Floribunda to pick up where I left off in this adventure to get to know North America.  I think that time estimate is going to be shortened; so, now I need to start meditating regarding when, where, what I want to do in the not too-distant future. 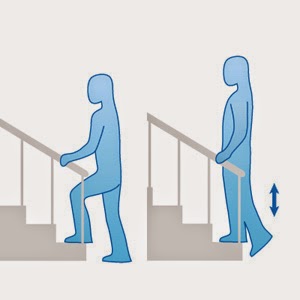 The first big advancement today was that I successfully walked upstairs and downstairs utilizing both legs, concentrating on NOT limping.  Over the past two years more and more I needed to follow the little jingle:  "Up with the good leg; down with the bad," meaning taking one step at a time to avoid a much pain as possible.  That way of climbing up or down stairs had become such a habit, I did it without conscious thought.  Today I was able to go up and down the 16 steps between the first and upper floors in Kari's house. Left, right, left, right.  And the same with descending.  I did that exercise three different times during the day.

The second big news for me today (Wednesday) was that I jumped into Petunia Smart Car and drove around the block to see how driving affected my right leg / knee. The trial run was 'a piece of cake,' as they say; so about 30 minutes after my trial drive, I actually drove to the supermarket and did some shopping.  I was quite tired when I got back to Kari's; so, I jumped on my bed and iced my knee; it felt better within about 20 minutes.  I didn't run into any issue when it came to getting in or out of the car - my mobility is so much better than it was just before surgery; I'm so thankful.  What I did notice was that my right leg and knee tired easily as I pushed on the gas.  Because of that I've decided it'll be a while before I'll be able to drive any distances.  But, short hops appear to be okay.  Petunia Smart Car doesn't have cruise control, which would be greatly appreciated at this point.  Thankfully, Floribunda does and I routinely use it on the freeways and highways.

My brother, Jim, called earlier this week, saying that he and his partner, Bonnie, would like to come for a visit (from Santa Cruz) this coming weekend.  I'm really looking forward to seeing him and getting caught up - we haven't seen each other for over a year. 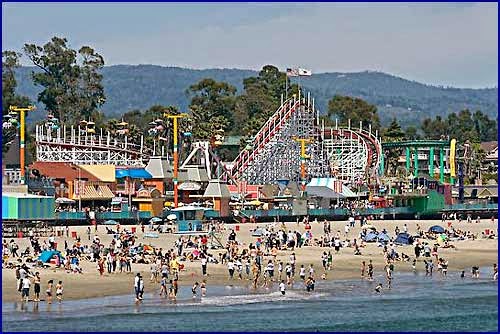 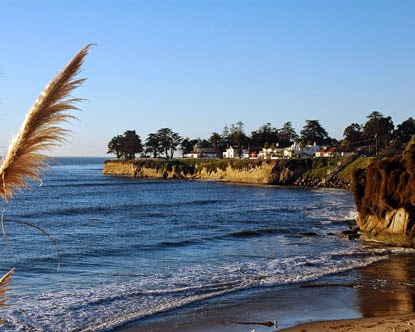 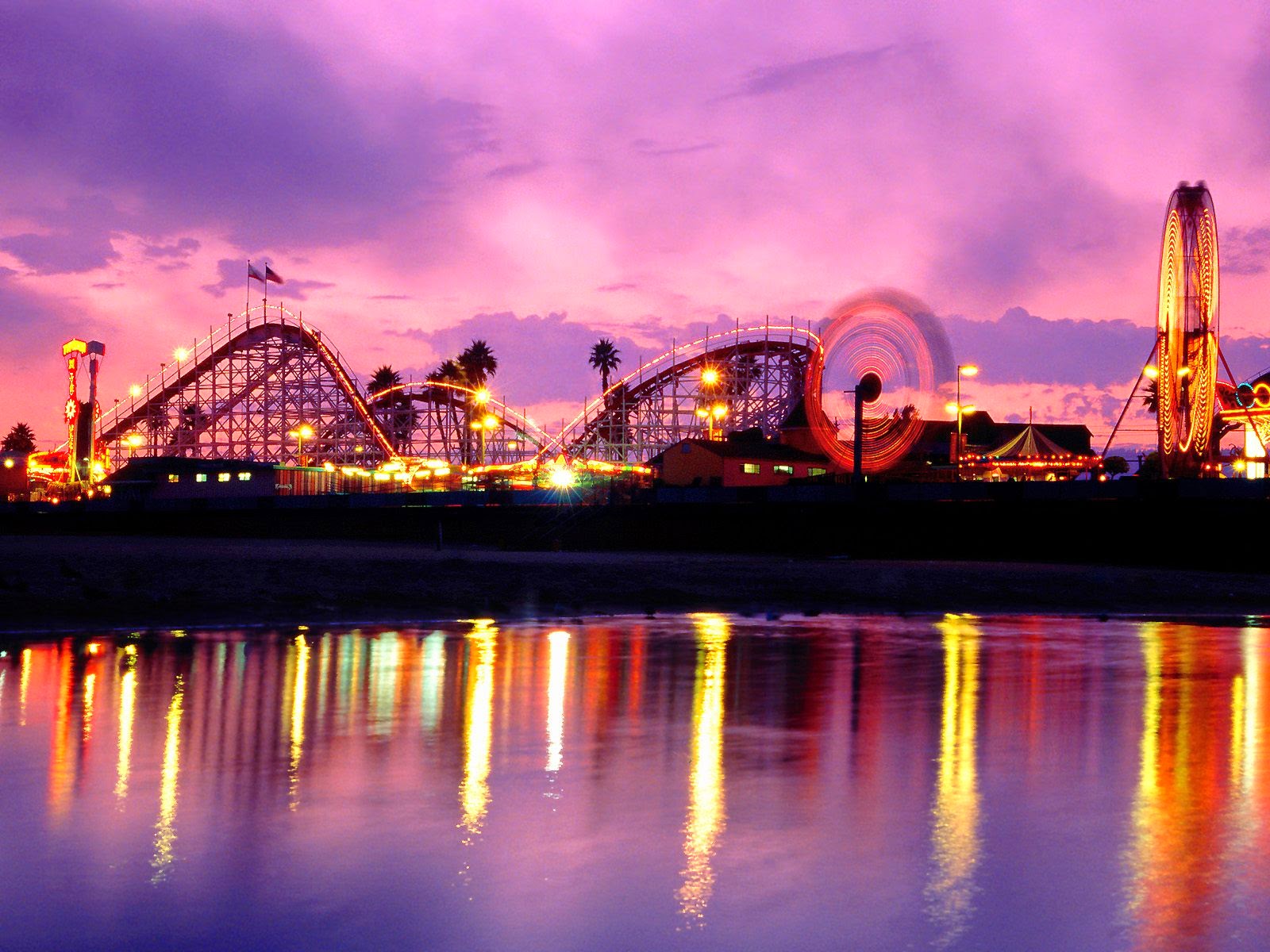