We took to the air in San José five minutes ahead of schedule at 8 Tuesday evening on British Airways, one of my favorite airlines. Two of us had three seats in coach so we were able to spread out a bit. Also there was lots of head and knee room that made relaxing much easier than what we usually have on domestic flights. Also, drinks are free; I don’t imbibe but I saw lots of little bottles of wine being passed out to whomever asked.

The flight to London’s Heathrow Airport was long, about 11 hours, and I only slept the last hour or so. I took 10 mg of Meletonin, but felt completely wide awake. So much for having the flight ‘seem’ shorter by sleeping! 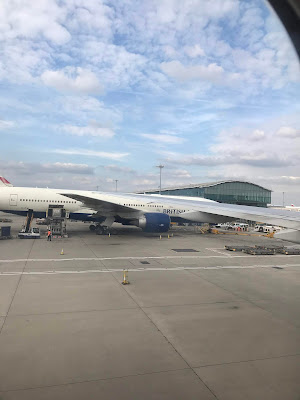 There was a two+ hour layover at Heathrow, one BIG airport!  Then it was on to another new British Airways flight for the 5 ½ hour flight to Tel Aviv, Israel. Both legs were comfortable; during the second I couldn’t keep my eyes open so felt quite refreshed when we landed in Tel Aviv at about one in the morning!

There were representatives of Catholic Travel Centre at every airport to give us information on where to go and what to do. I’m used to having to fend for myself as I usually travel alone. It’s nice not to have to think too much — especially when really sleepy. Usually I really suffer jet lag when traveling across many time zones, but this time I’ve not noticed the same disagreeable growls grumpy feelings. I say ‘yay’ to that.

Upon arrival at our hotel, Dan Panorama, in the heart of Tel Aviv, a City of about 500,000, we were directed to our rooms where we quickly fell into needed slumber — for three whole hours (!!) before arising to begin our first day with a hardy breakfast at the hotel’s international buffet. I’ve rarely seen such a spread for a breakfast to start the day. Oh, and the coffee was truly Mediterranean— powerfully strong! 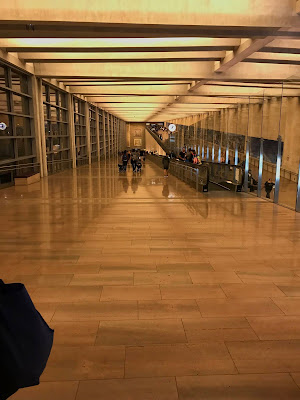 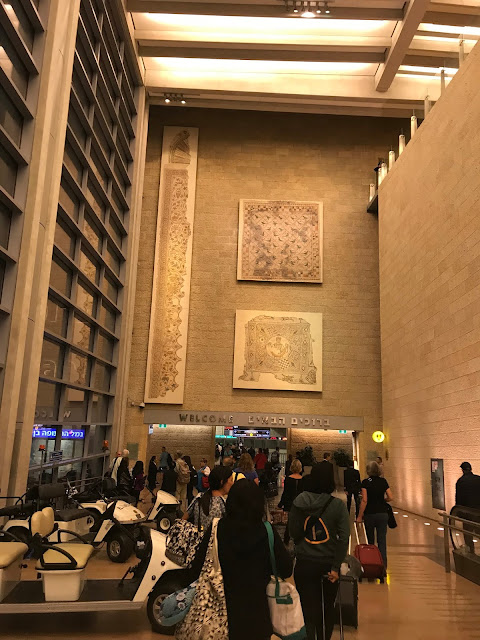 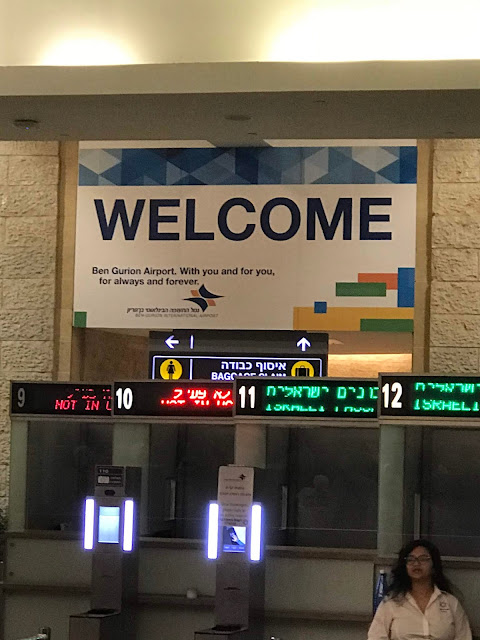 Okay, get used to Hebrew and Aramaic!