We’re getting an early start this morning after breakfast; I had two hard-cooked eggs, fresh tomatoes, orange juice, delicious coffee and homemade sesame rolls with the most incredible Israeli honey, which is presented on the serving table in its honeycomb.  It is truly amazing!

Our first destination was Mary’s birthplace. She was born in Jerusalem just outside the walls of the city, the daughter of (Saint) Anne and Joachim. 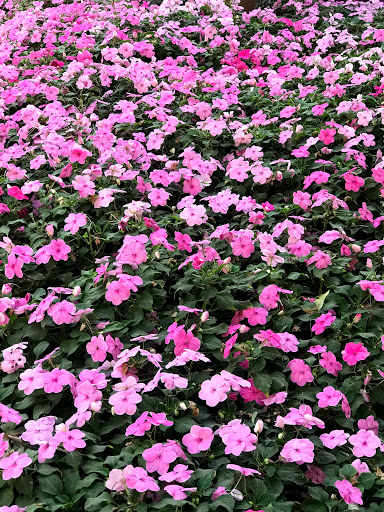 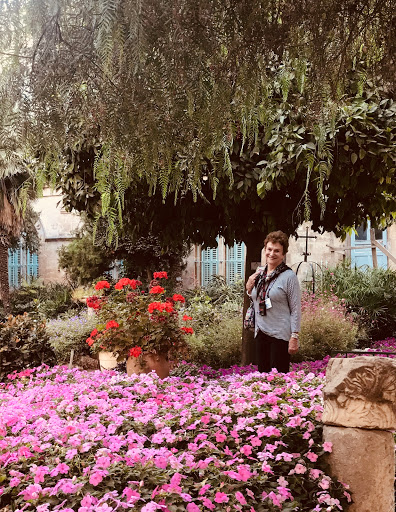 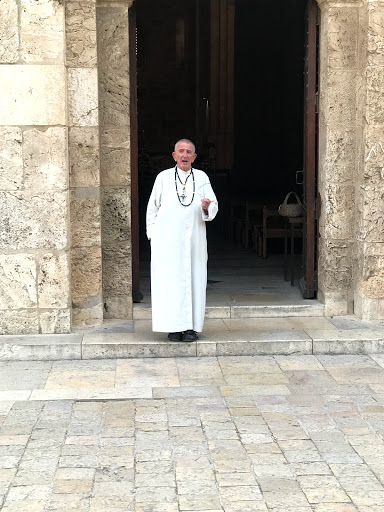 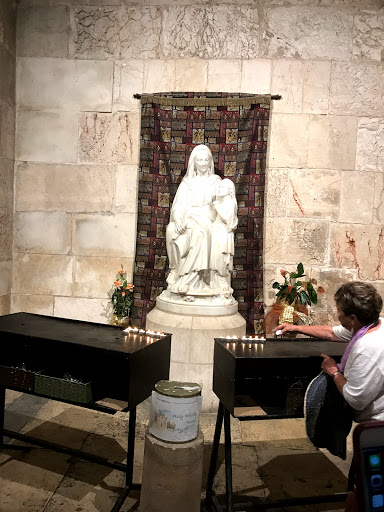 Above:  A lovely statue depicting Saint Anne and Mary, about age 5 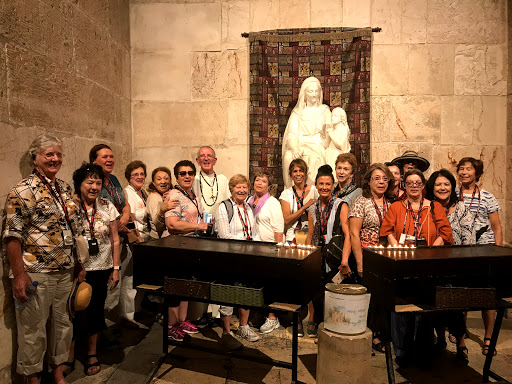 Above all the grandmothers in our group posed for a photo with the White Father and the statue of Saint Anne and Mary. What an honor! 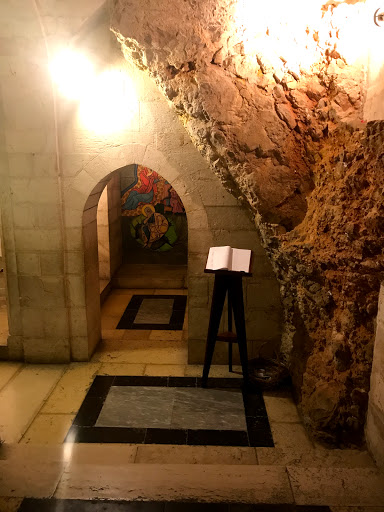 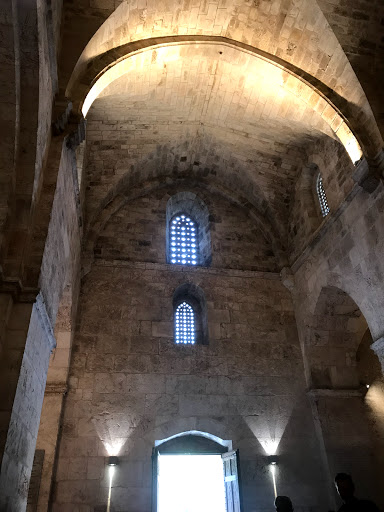 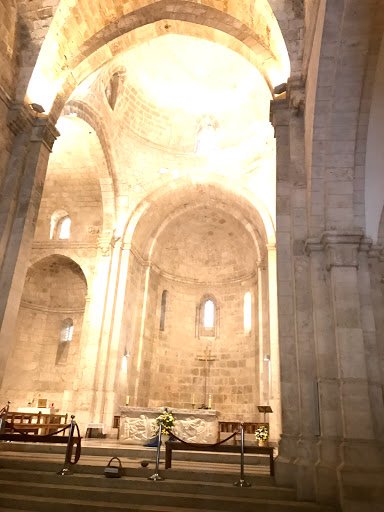 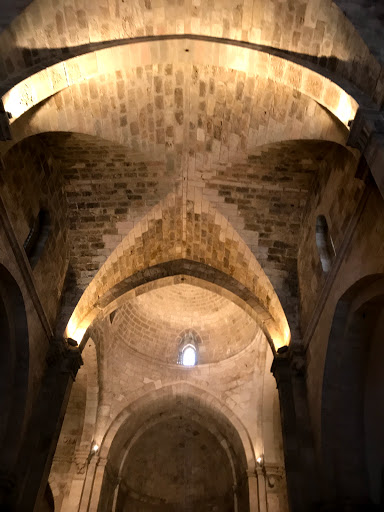 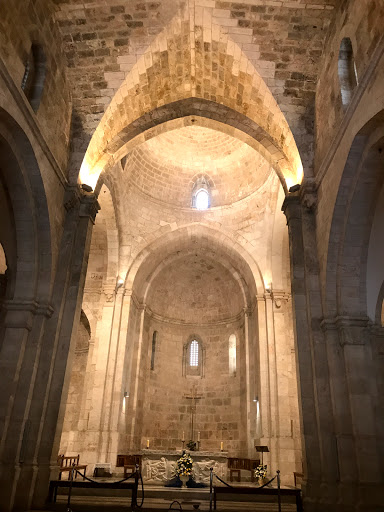 The Church of Saint Anne was built over the location of Mary’s birth in Jerusalem near the Bethesda Pools, where it has been reported throughout the ages that the sick have come and been washed and made well.

From Mary’s birthplace and the Church of Saint Anne we made our way into the walled part of the city to begin the Way of the Cross. Father Chris led us in observing the 14 Stations of the Cross - the Via Dolorosa to Golgatha.  We wended our way through the narrow cobblestone streets towards the Church of the Holy Sepulchre that is the location of the crucifixion at Golgatha. 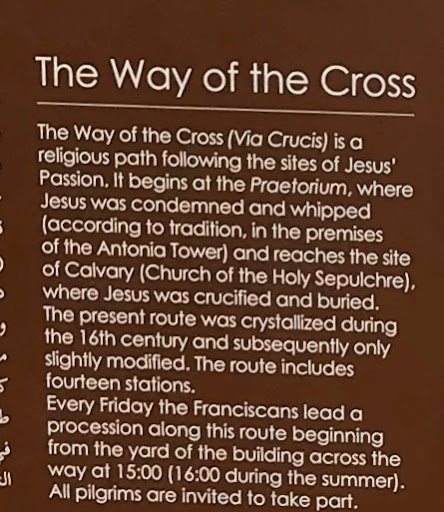 Below:  Groups of four each took a turn carrying the cross for a bit of the Via Dolorosa 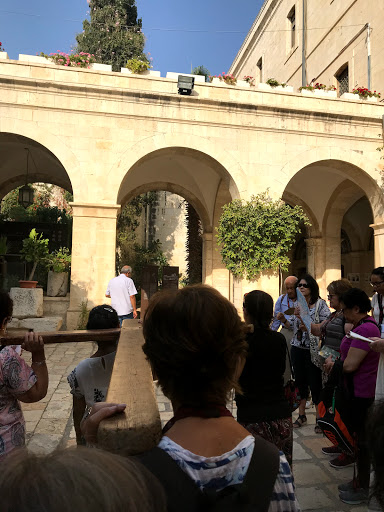 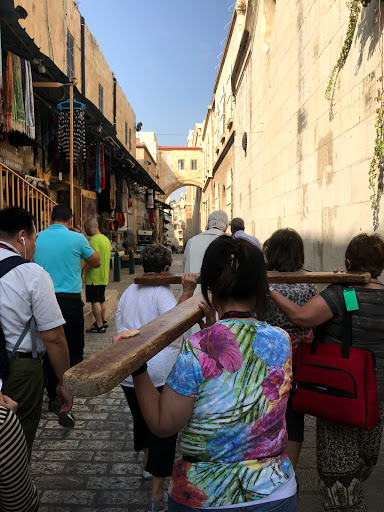 Father Chris accompanied us along the route. 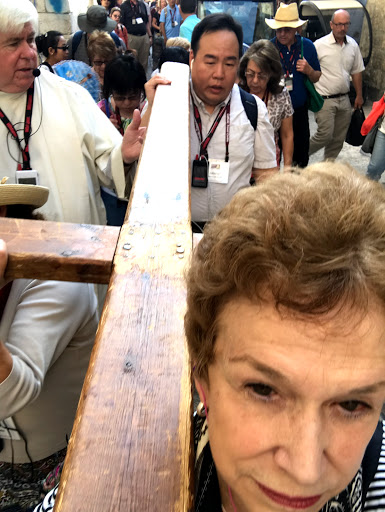 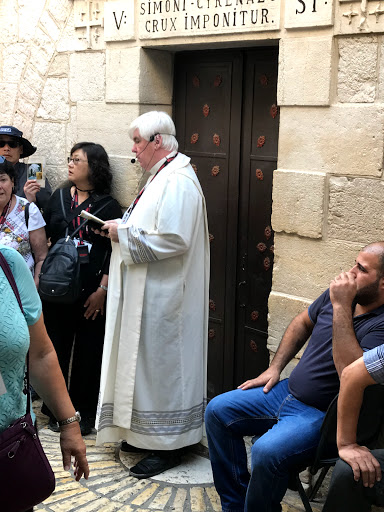 Above:  The 5th Station

Below:  The entrance to the Church of the Holy Sepulcre has a moving mural of Jesus’ body being taken down from the cross and prepared for burial. 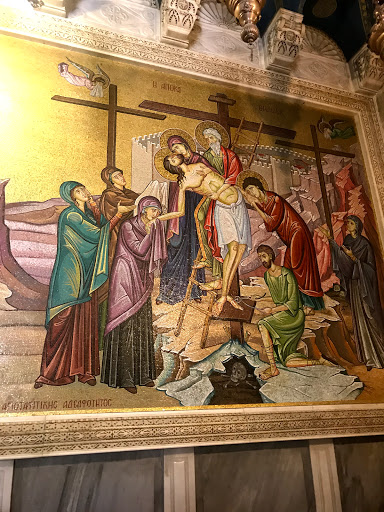 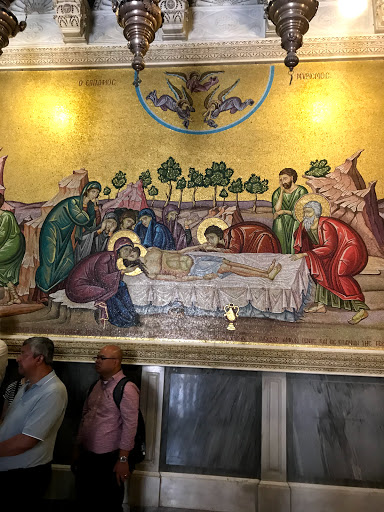 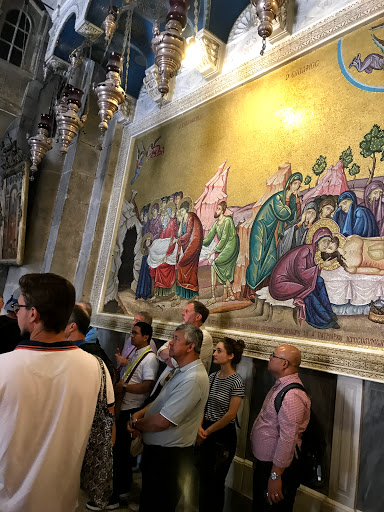 People from all over the world kneel and pray as they touch the stone.

Of course each of us touched that stone. The hill of Calvary with the 3 crosses was located next to a quarry. And at that location the owner of the quarry, Joseph of Arimathea, had received permission from Pontius Pilate to take Jesus’ body down and bury it in a rock-hewn tomb he owned that had not been used before.

We’d actually visited the tomb yesterday as a part of a Franciscan procession from the entrance of the church to the tomb. The fathers    chanted as a multitude of pilgrims watched us proceed that very short distance. We passed the location where Mary watched her Son suffer and die on the cross. 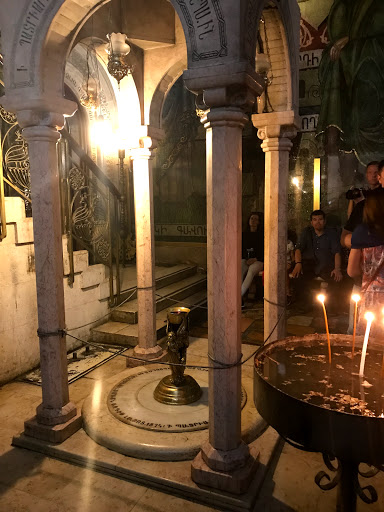 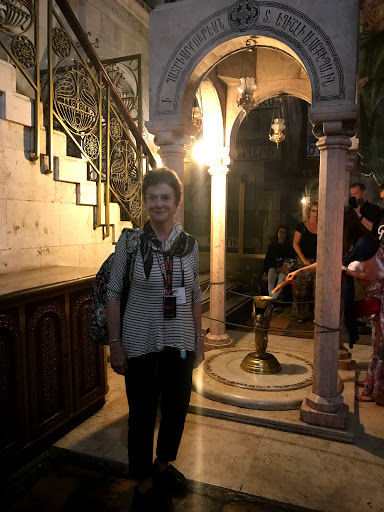 Above:  A very hot and tired MP standing next to that sorrowful site.