We left our hotel, Norte Dame (Our Lady) after breakfast for the short drive to the Mount of Olives outside and to the east of the Old City of Jerusalem, named in honor of the olive groves that used to flourish all over these hills. The Mount has been used as a Jewish burial ground continuously for 3,000 years.

The Mount of Olives is the location of several key events in the life of Jesus, as related in the Gospels and the Acts of the Apostles and is the place where the resurrected Jesus is believed to have ascended into Heaven. There are olive trees that date back to biblical times, as olive trees are considered eternal. They can be cut down, even burned to the ground and they will grow again, so they have been able to carbon date the trees here to thousands of years old!

We walked down to the Old City from the Mount of Olives by the Palm Sunday walkway, on which Jesus walked and rode a burro on Palm Sunday when he entered Jerusalem, knowing that he would be fulfilling the prophecies by being arrested and crucified. The walkway is cobblestones, steep, slippery, winding down the mountain but the experience of walking where Jesus walked is very moving. Towards the base of Mount Olive is the Garden of Gethsemane, famous as the place where Jesus prayed and his disciples slept the night before his crucifixión.

The Gethsemane Basilica of Agony stands at the spot where Jesus wept and is used by Christians from all over the world. The rock on which he wept is in front of the altar. Our group was invited to sit around the altar and touch that rock while Father Chris said Mass. He asked me to read a passage from the Old Testament during the service and it was quite an honor for me. After Mass we continued our walk (very very hot at midday with little shade) to one of the entrances through the wall to the Old City, called the Dung Gate (also called the Moroccan Gate or the Silwan Gate) at the southeast corner of the Old City. It is the entrance closest to the Western Wall where Jews, Christians and Muslims go to pray and place petitions in the cracks in the Wall.

The Western Wall (or Wailing Wall, Buraq Wall or Kotex, depending on your religion) is a relatively small section of the much longer ancient limestone retaining wall that ‘protects’ the Old City from invaders. For Muslims it is where the Prophet Mohammed tied his steed, al Buraq, and then ascended into Heaven. Due to Temple Mount entry restrictions, the Western Wall is the closest place the Jews can pray by Mount Olive and is in front of the holiest site in the Jewish faith. For Muslims the Dome of the Rock stands behind the Western Wall.

Men and women have been separated to pray at the Wall since the end of the Six Day War in 1967. Archival photos of the Wall show men and women praying together until that time.  Men must have their head covered; hence many of the men in our group wore yarmulkes to take their prayers and petitions to the Wall. I stood between two Muslim women to say my prayers for all my loved ones at home.

Upon completion of one’s prayers and petitions at the Wall it is considered respectful to leave the Wall by backing away from it, walking backward, never turning one’s back to the Wall. I honored that custom of the Jews and Muslims; however I did peek over my shoulder to avoid tripping on the uneven cobblestones!

After very spiritually inspiring hours today we returned to our hotel for a wonderful Mediterranean lunch - lots of vegetables and fruits, lamb and chicken and lots of desserts. Now we have the afternoon free and I’m writing. This week is Rosh Hashanah so all the Jewish stores are closed. I’m anxious to peruse a bookstore but will wait until tomorrow. 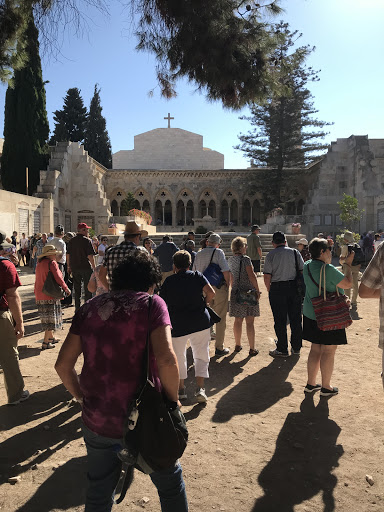 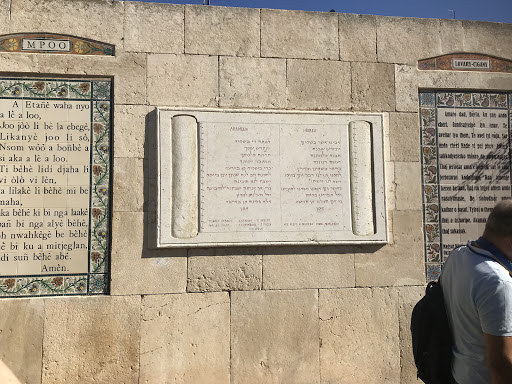 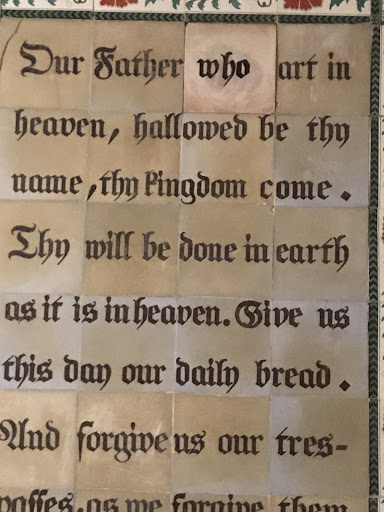 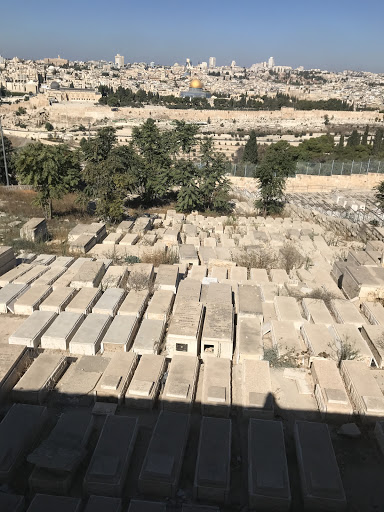 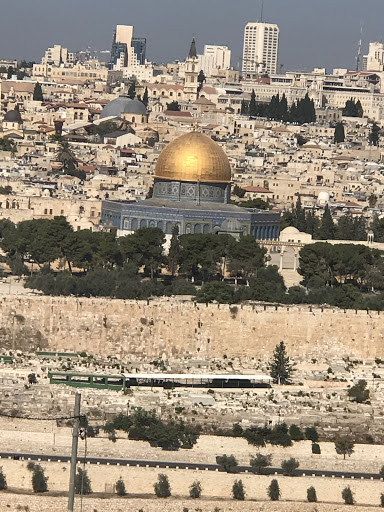 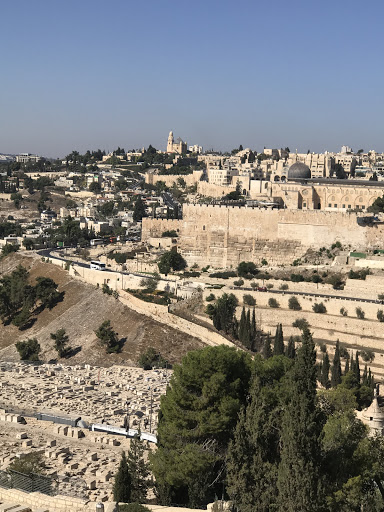 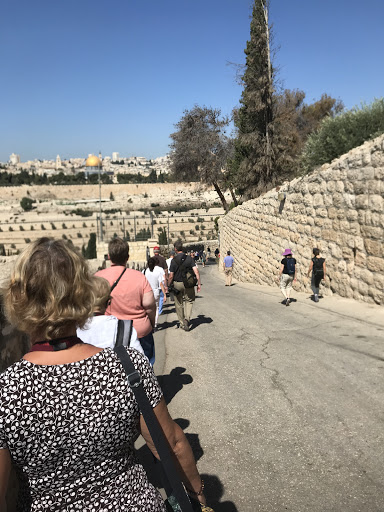 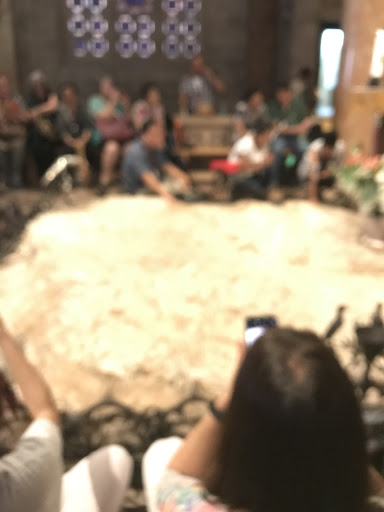 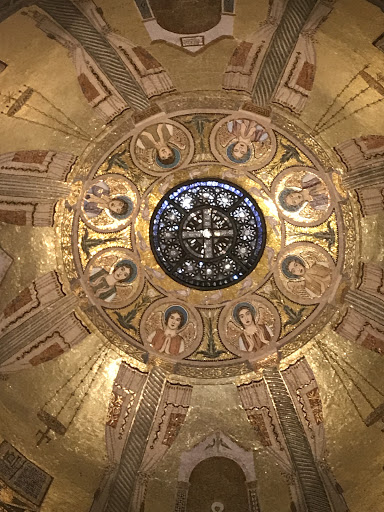 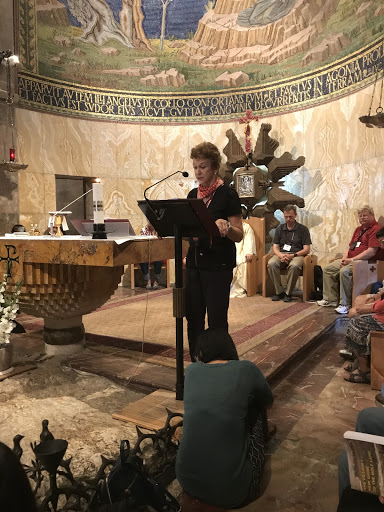 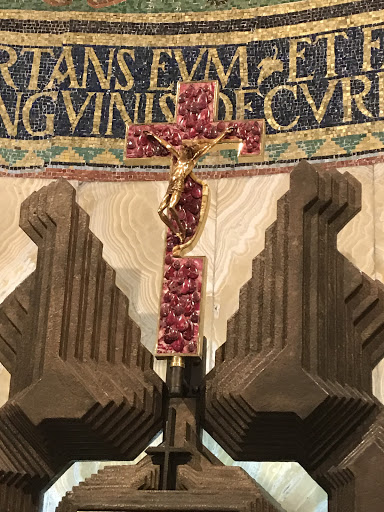 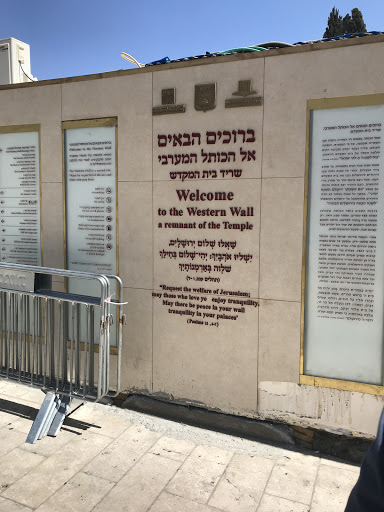 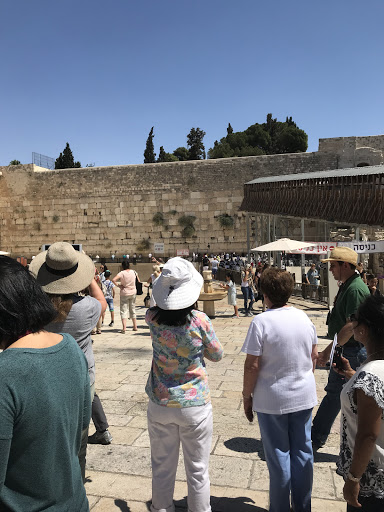 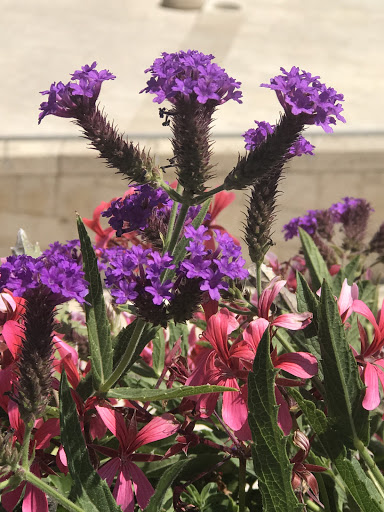