I haven't written a post for a couple of days as I haven't done too much in this freezing weather.  As I've read all the blogs I follow t appears that almost everybody in the southeastern US is suffering as I am.

Yesterday, I took the retiree's prerogative and drove to Lafayette, about 20 miles, to see "Saving Mr. Banks" Link with Emma Thompson and Tom Hanks in the middle of the afternoon.  It was an interesting story about P.L. Travers  Link (played by Emma Thompson) who'd written the book, "Mary Poppins," that was the incentive for  Walt Disney(Tom Hanks) to create the movie of the same name back in the 60s.  I'd expected it to be light and Mary Poppins - ish; but, it's a serious biography of Mrs. Travers and the difficulty Walt Disney had in talking her into allowing his use of the book to create the movie starring Julie Andrews and Dick Van Dyke in 1964.

Thinking about my own experience with the movie - in 1964 - I recall that we took Jeff, aged 3, and Kari, aged 2, to the theater, which was a rarity in those days.  Jeff was enthralled with the movie and the whole experience, sitting in his seat, eyes glued to the screen.  Kari, however, was much more interested in the movie theater itself and spent most of her time wandering around the theater with me in tow.  We tried reasoning with her to no avail; she's always been a people lover and the audience was much more interesting for her than the movie!  It seems to me that kids are so much more 'sophisticated' now; they begin going to movies early on and I don't notice lots of parading around during the feature.

Thoughts of movie theaters bring up lots of memories.  One is about Holland (almost 20 now).  She and her older sisters were spending a few days with me in California while their mom and dad were enjoying a little vacation.  Kari had included the video "Titanic" with their clothing and toys for the visit.  Holland, who was a little under two, loved that movie; but didn't want to sit to watch it.  She stood right in front of the TV throughout the whole movie and cried every time it got to the end.  So, we'd just rewind it and start it over again.  I'd estimate that in those three days it played about 30 times!

Here's Holland in December when she visited my son, Spencer, in Aix-en-Provence, France 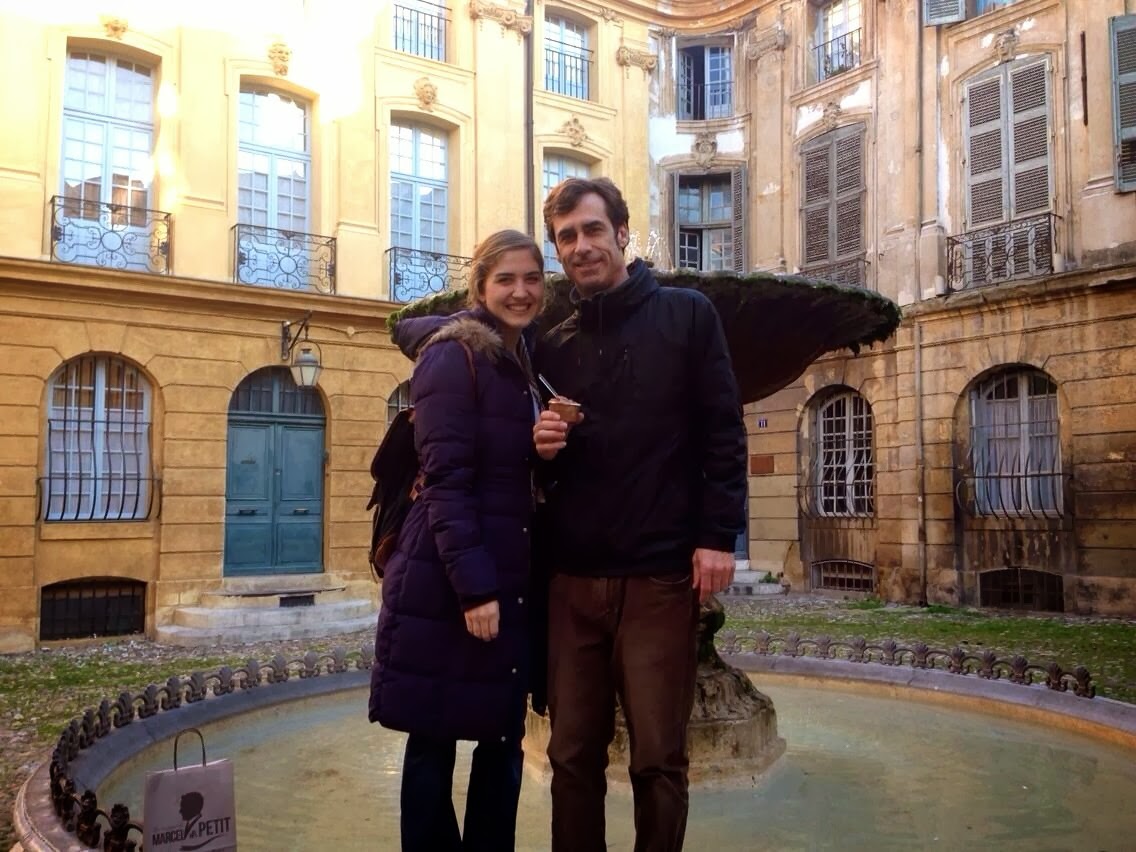 Spencer is my World-traveling son, currently in France.  He's been traveling for over ten years.

Just returned from a short and very chilly morning walk with Lacy on a lawn here in the park.  I've noticed these holes that seem to pop up all over the lawn and any area of soil.  My neighbor, Kristi, was  also walking her dog and I asked her what these little mounds are.  "Crawdad holes," she replied.  I've not seen any crawdads (crawfish) anywhere around the holes, but I just read that the crawdads rarely come out during the day - maybe they're crawling around my feet when I take Lacy out for her evening walk! 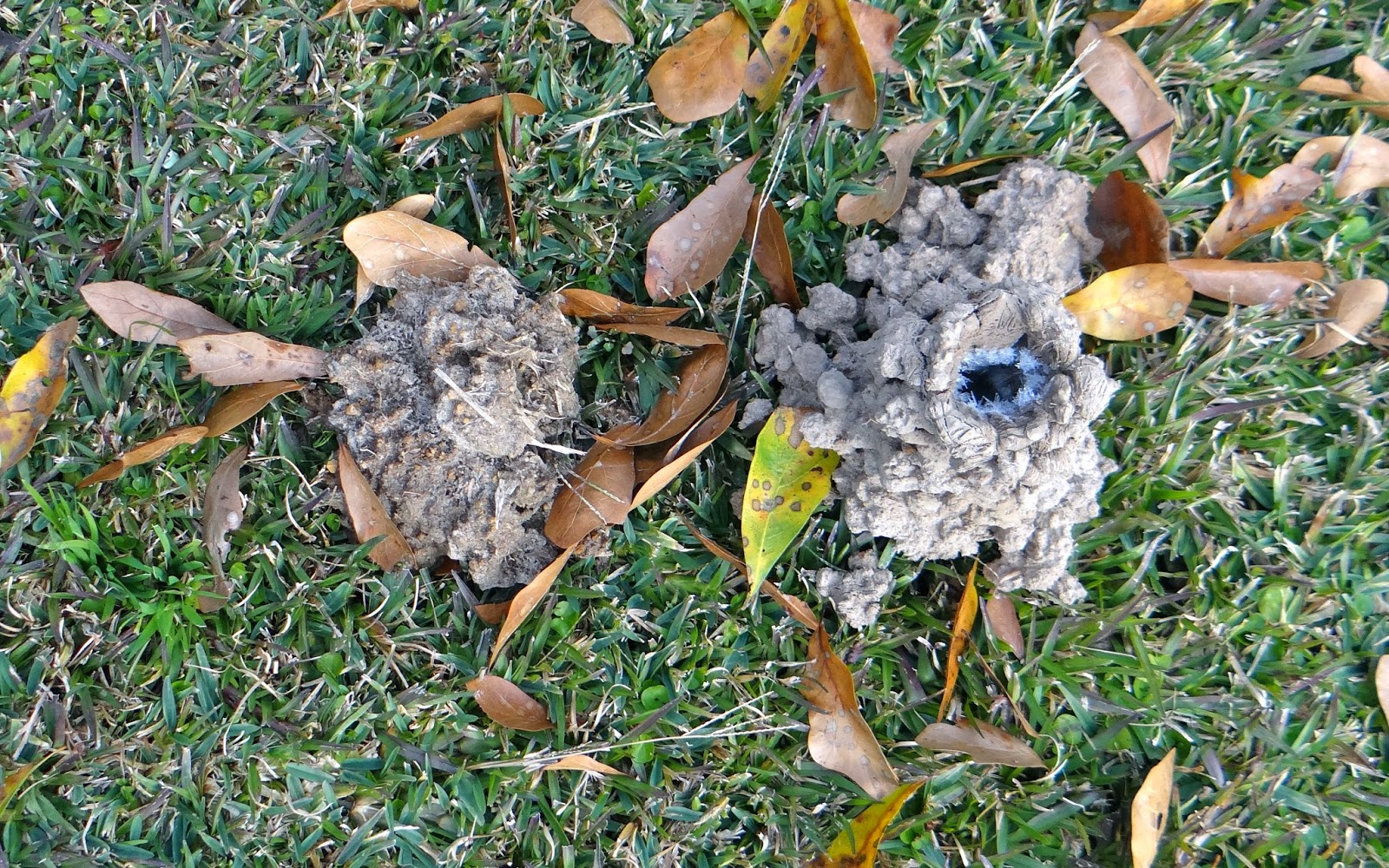 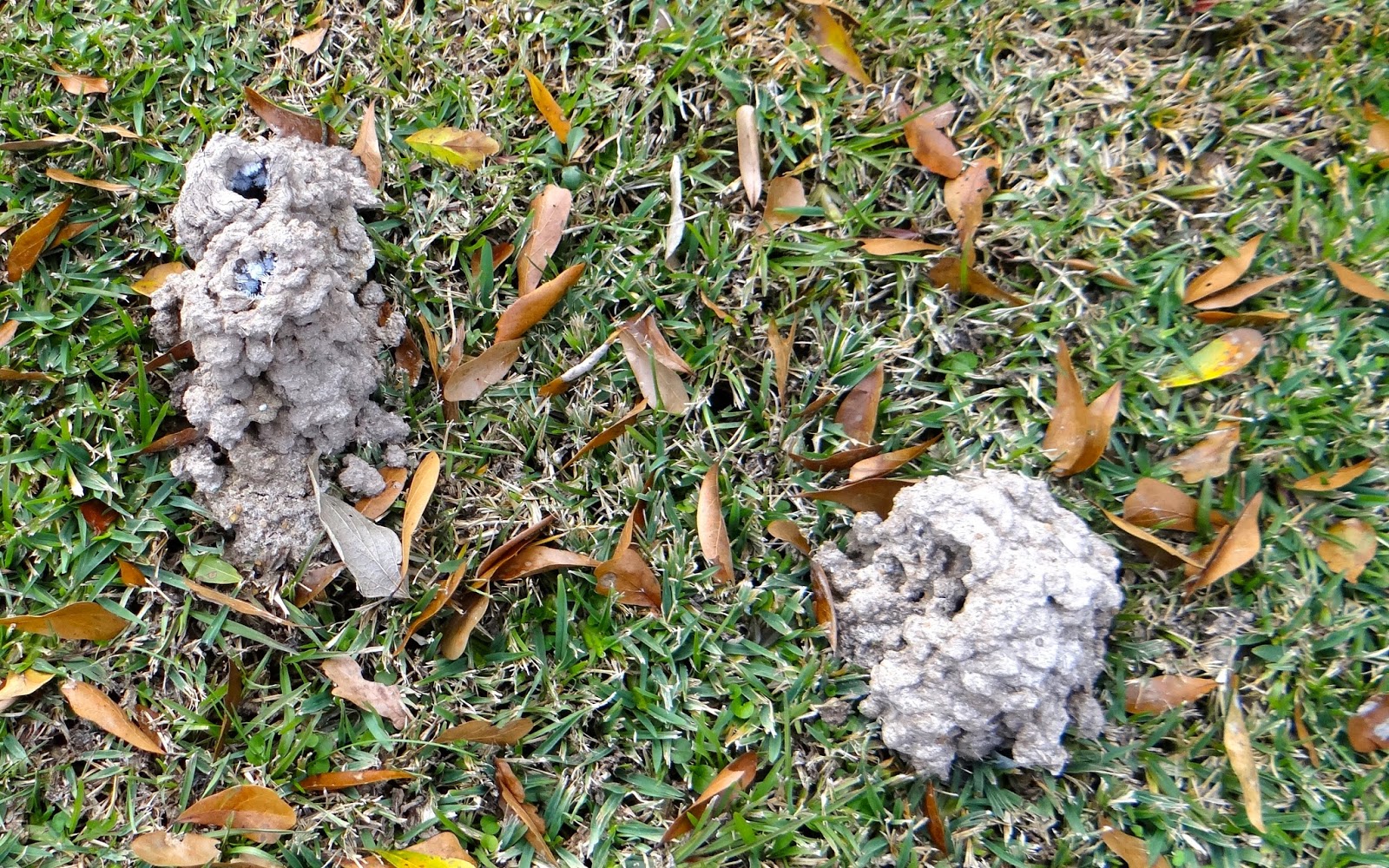 This is our Louisiana sky this morning - un-retouched photo.  Pretty incredible but doesn't indicate the current temperature, which is 34F 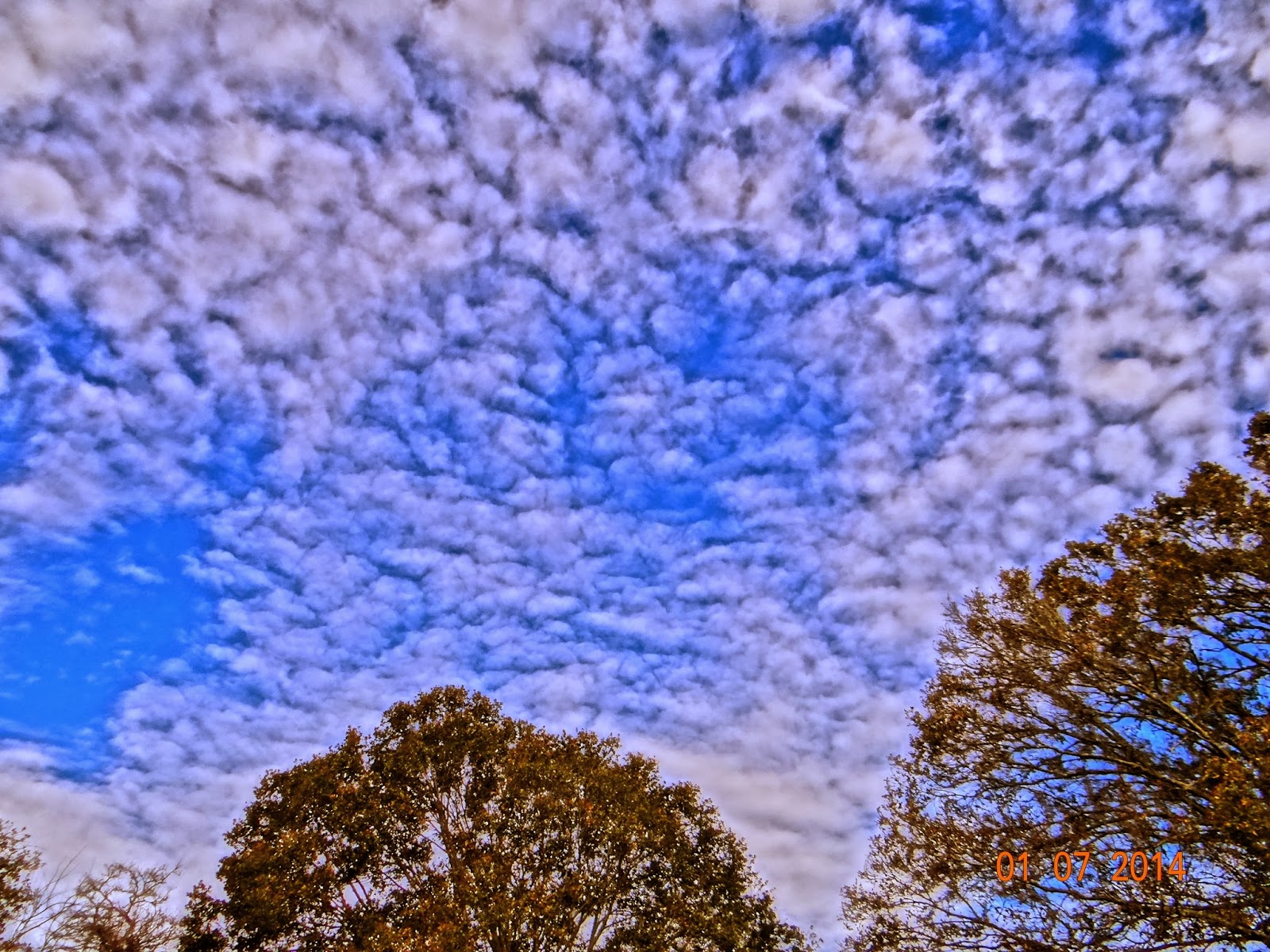 Have a nice day!