Saint Francis of Assisi and the Christmas Creche

As I was reading my blogs yesterday I noticed in "Seasons of Grace" the history of the Christmas creche and wanted to share the story with you.  I love learning about holiday traditions from across the ages and the World.  It looks like I'll be learning about another culture this year and hope to have some interesting stories to tell.

Saint Francis of  Assisi is credited with building the first nativity scene in 1223; it was a "living" one.  He asked for, and received, permission of the Pope to build the creche for the intention of encouraging the worship of Christ.  It was after his visit to the Holy Land where he'd seen Jesus's birthplace.  The scene he built became popular throughout Catholic countries and continues today.  Of course, in the United States it's become an issue that government agencies not demonstrate a preference for Christianity over other faiths like Judaism, Muslims, Hinduism, etc.  The symbolization of the nativity scene, in my opinion, can be taken as an honorific to birth and new life, in general.

I have several nativity scenes I've collected in my travels, albeit packed away in storage.  Here are a few scenes I took off the Internet.  In a future post I'll share some of the traditions I've shared in while living in Provence, France and Guatemala ....

Now, I'm heading out in Cajun country to find out about these holiday traditions .... and other things too. 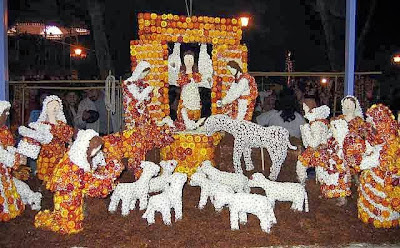 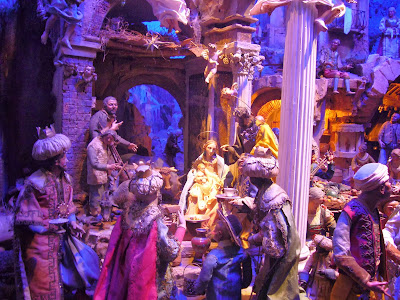 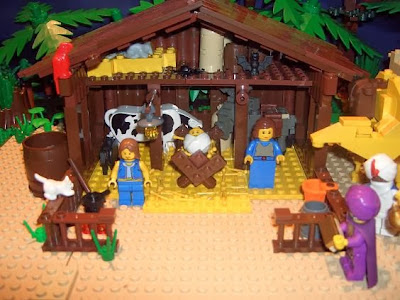 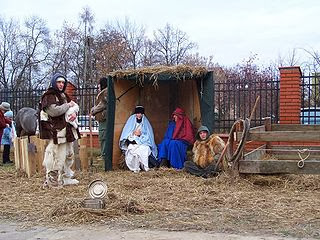 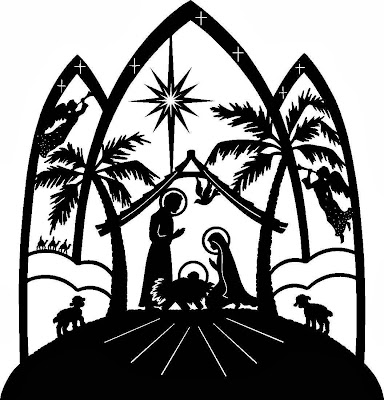 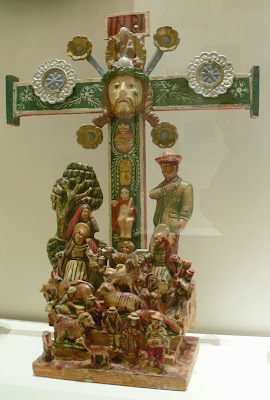 Peruvian Combination Crucifix and Nativity Scene
Posted by mps2343 at 8:02 AM

Email ThisBlogThis!Share to TwitterShare to FacebookShare to Pinterest
Labels: Seasons of Grace blog, St Francis of Assisi and the 1st Christmas creche