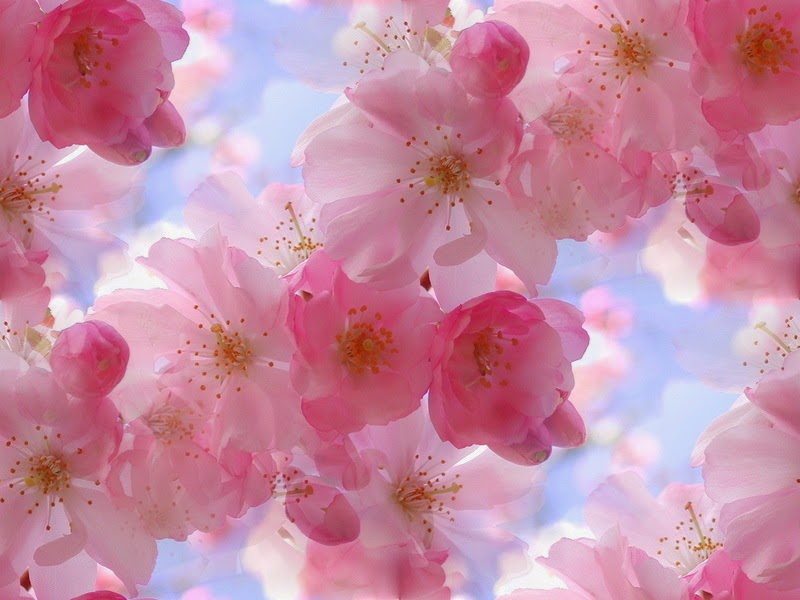 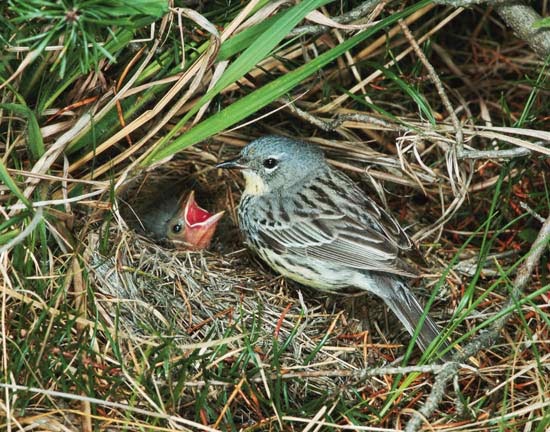 The word equinox is derived from the Latin words meaning “equal night.” Days and nights are approximately equal everywhere and the Sun rises and sets due east and west.

Here I am in Desert Hot Springs getting ready for the final few days of this adventure that began last July, when I moved out of my house in Roseville and into Floribunda Flair with Lacy, Eleanor and Lincoln, who, sadly, we lost in Amarillo, TX. 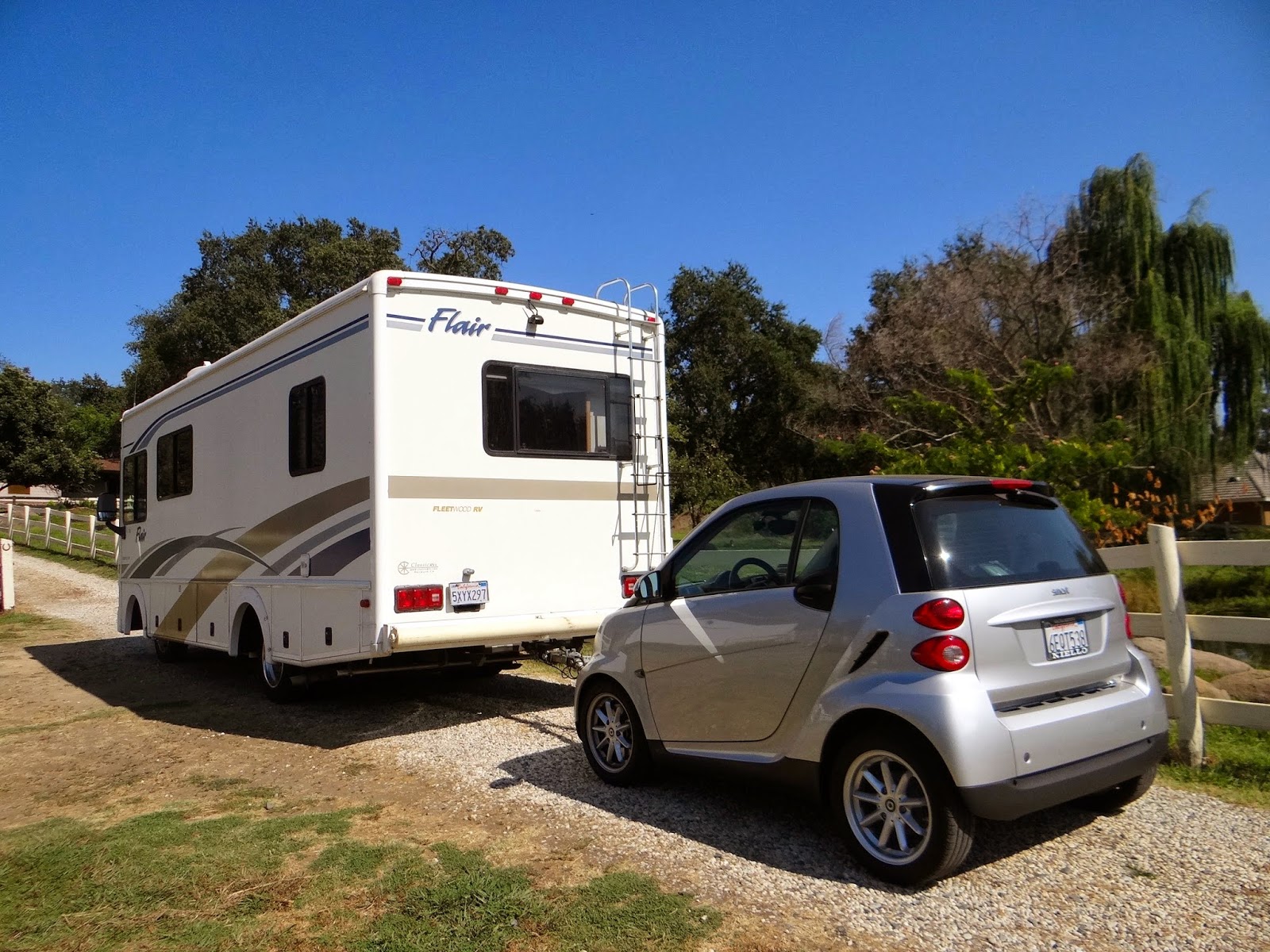 This photo was taken in early August as I was preparing to venture out from my girlfriend Judy's ranch.  I spoke with Judy and her husband Bob yesterday; I'll be camping there again in a few days - such great friends they are.

I'm in process of deciding how I want to handle the trip from here to I-5N, as I seriously choose to avoid as much Los Angeles traffic aggravation as possible.  I can go only as far as San Bernardino, only about 60 miles, spend the night and take on 210 to I-5 tomorrow.  Or, if I feel lucky, I may go as far as Glendale today; then leave tomorrow, after commute traffic (is there ever a non-commute traffic time there?), to start heading north to and on I-5.  The answer remains to be seen. 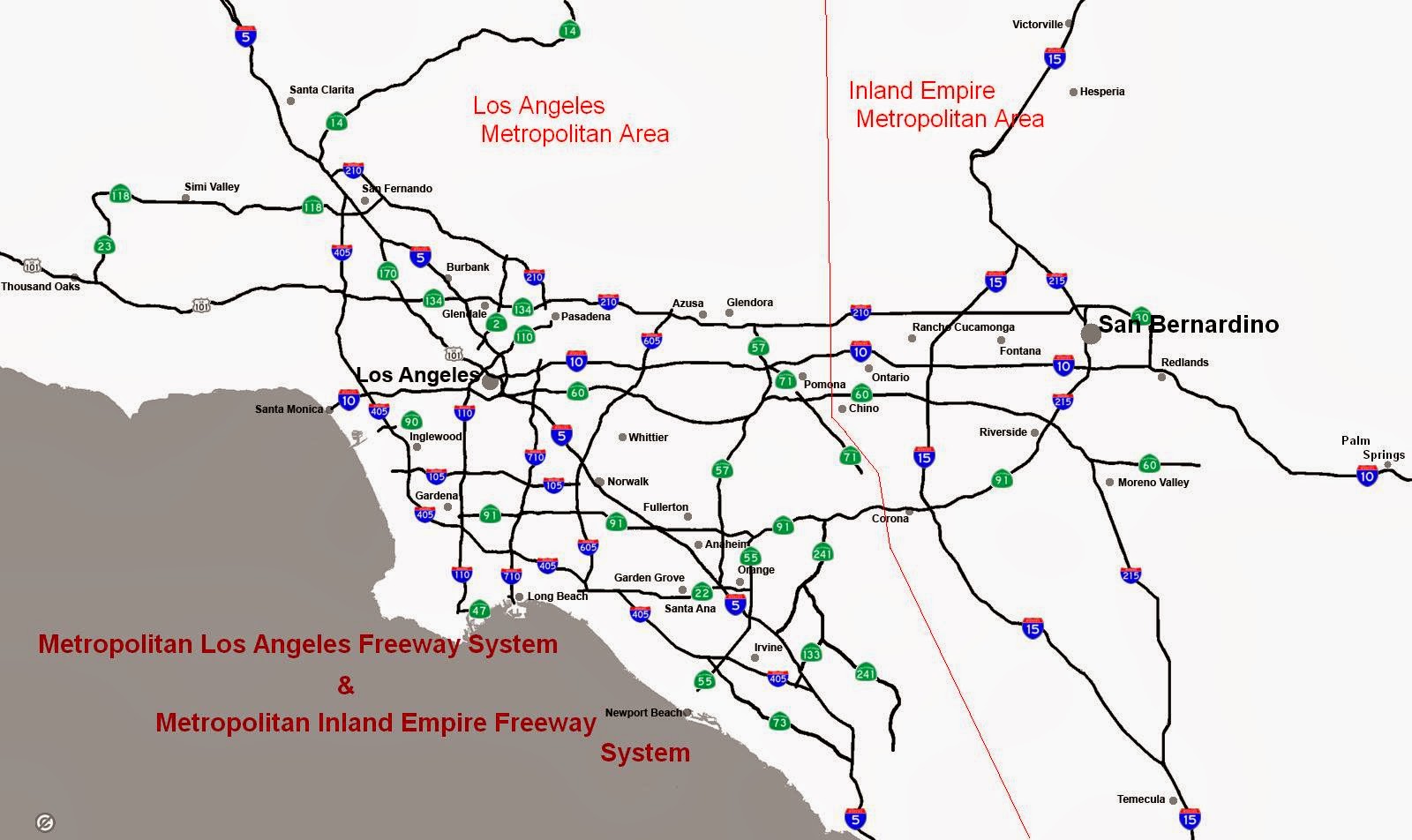 Although I've traditionally found I-5 long and boring, but fast, I'm looking forward to it this time.  I appreciate my home state all the more for having visited so many new places.  California is a beautiful part of the world.  Mountains lush with greenery and snow in Winter, touching the sky.  Mountains dry and sculpted by winds and rain surrounding deserts of sand and dust, tumbleweed, cactus, jack rabbits and snakes. Oases in those deserts of verdant growth by irrigation, like Palm Springs.  Valleys of agriculture that feed and clothe the nation.  National and State parks abound - some actually being wonders of the world.  And all along its western boundary, the Pacific Ocean and the glorious beaches and landscape for hundreds of miles. 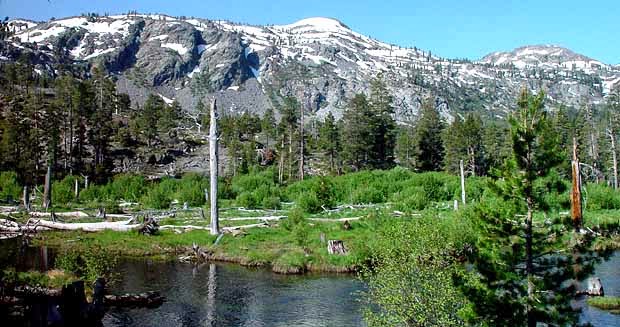 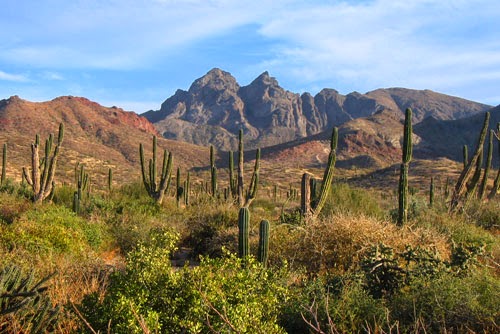 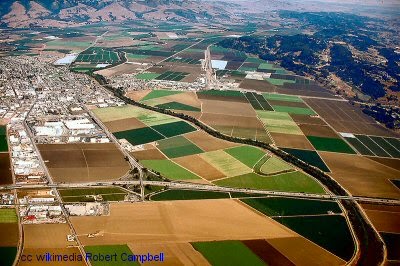 Enough fruits, vegetables, nuts and cotton
to almost feed and  clothe a nation 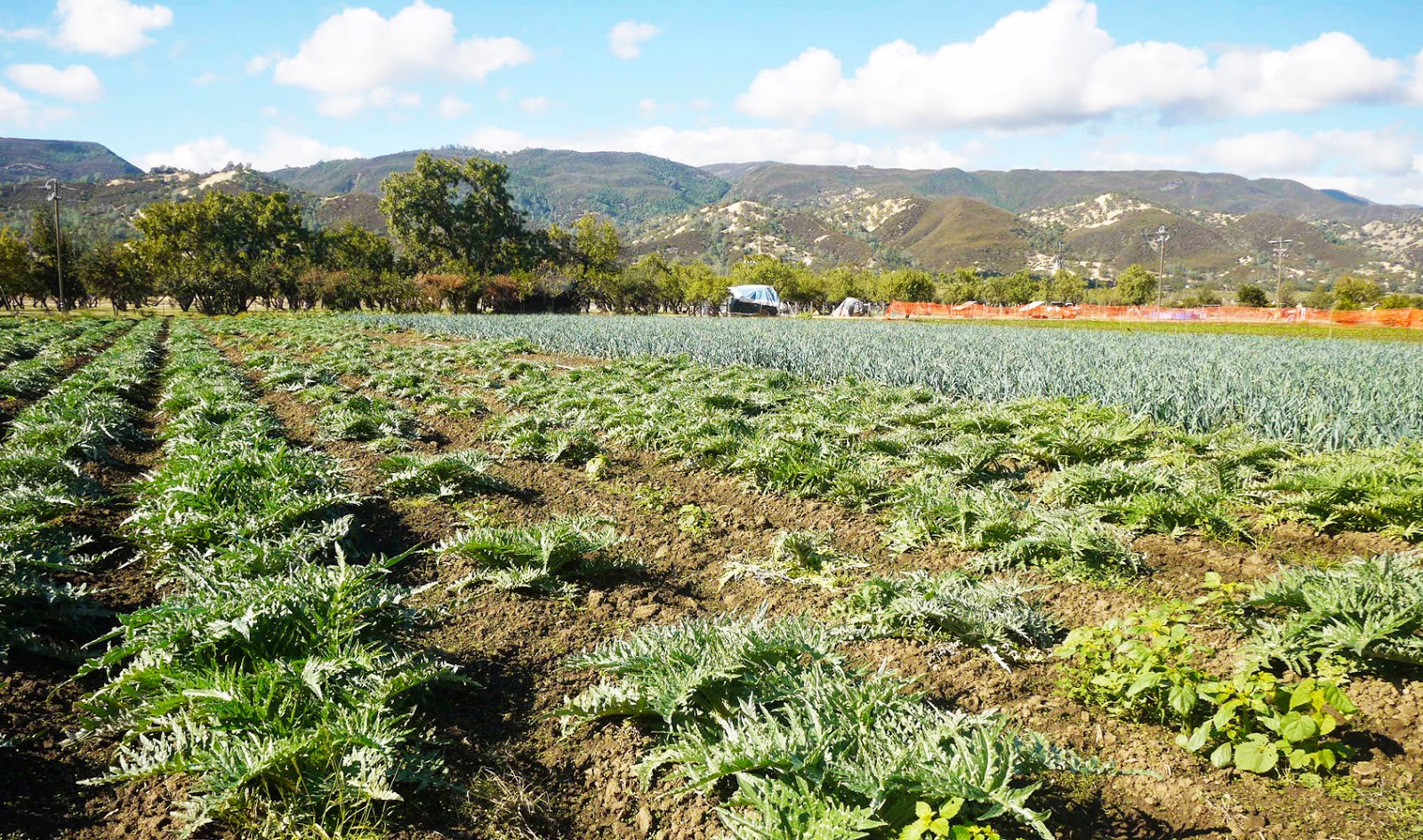 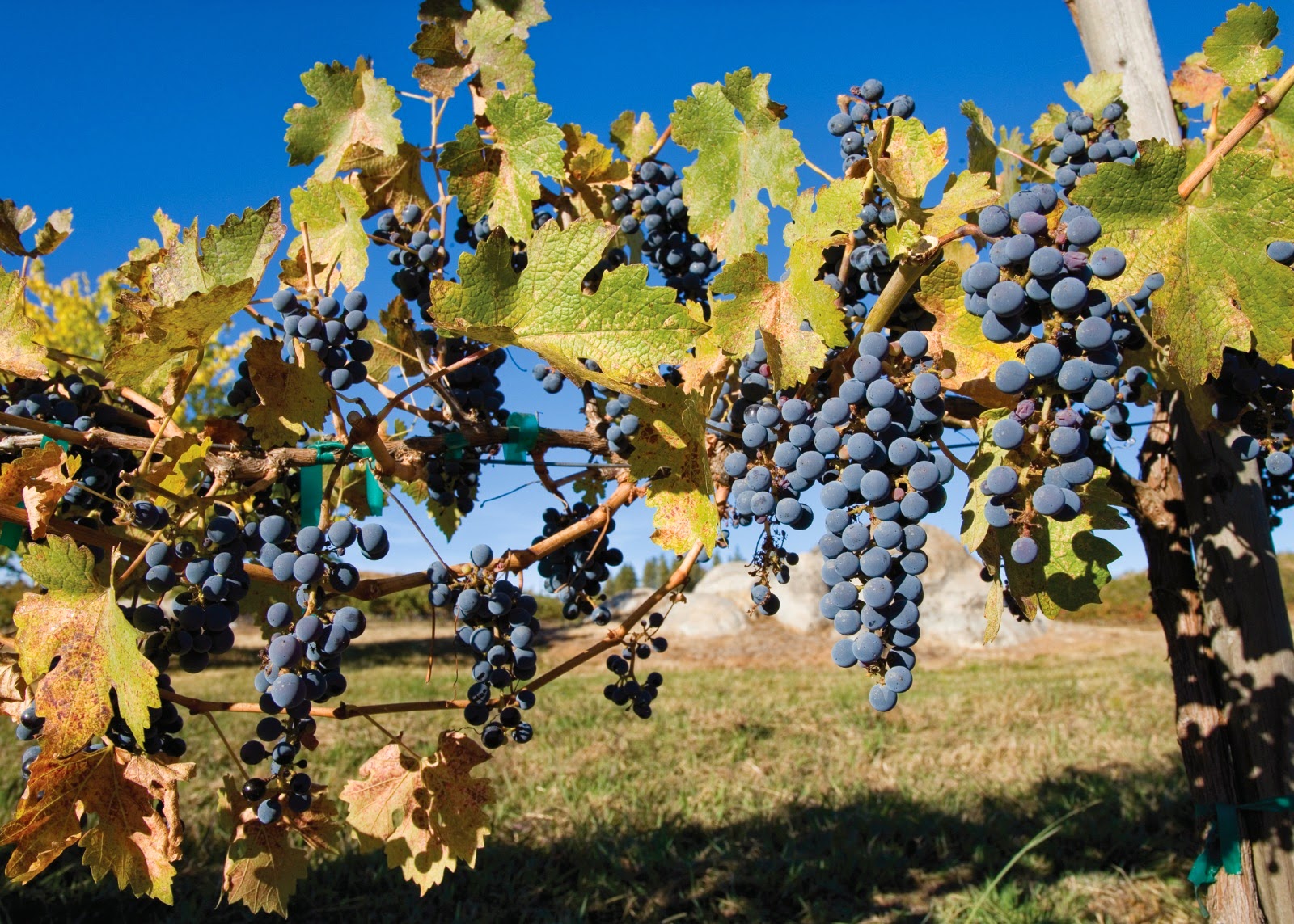 And grapes for eating and drinking 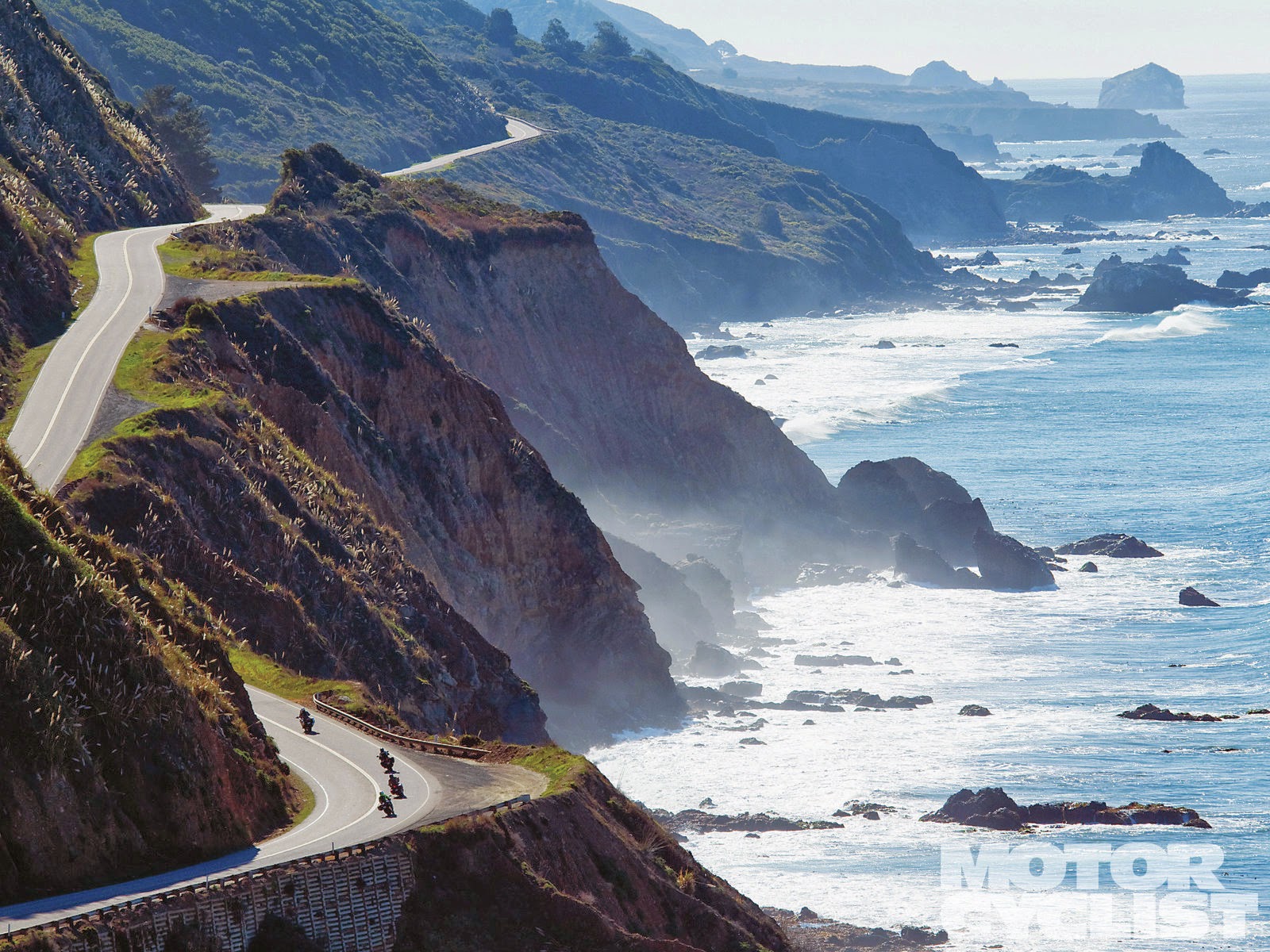 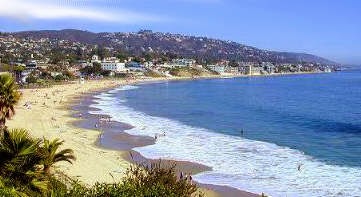 Sandy beaches all along the coast

I look forward to spending good times with my family and friends.  I look forward to regaining much of my ability to hike, walk, bike, swim and generally enjoy daily life without a bum knee.  I look forward to cooking and baking with the use of a kitchen counter that's big enough to accommodate, not only me, but maybe 3 or 4 grandchildren at one time - cooking some newly thought-up creations or baking old standard grandmother / grandkids cookies and cakes.
Then, there will also be the 8th grade graduation of five (5) grandkids!  Yes, Avery, Tate, Spencer, Malia and Samantha will be out of what we used to call grammar school in early June. 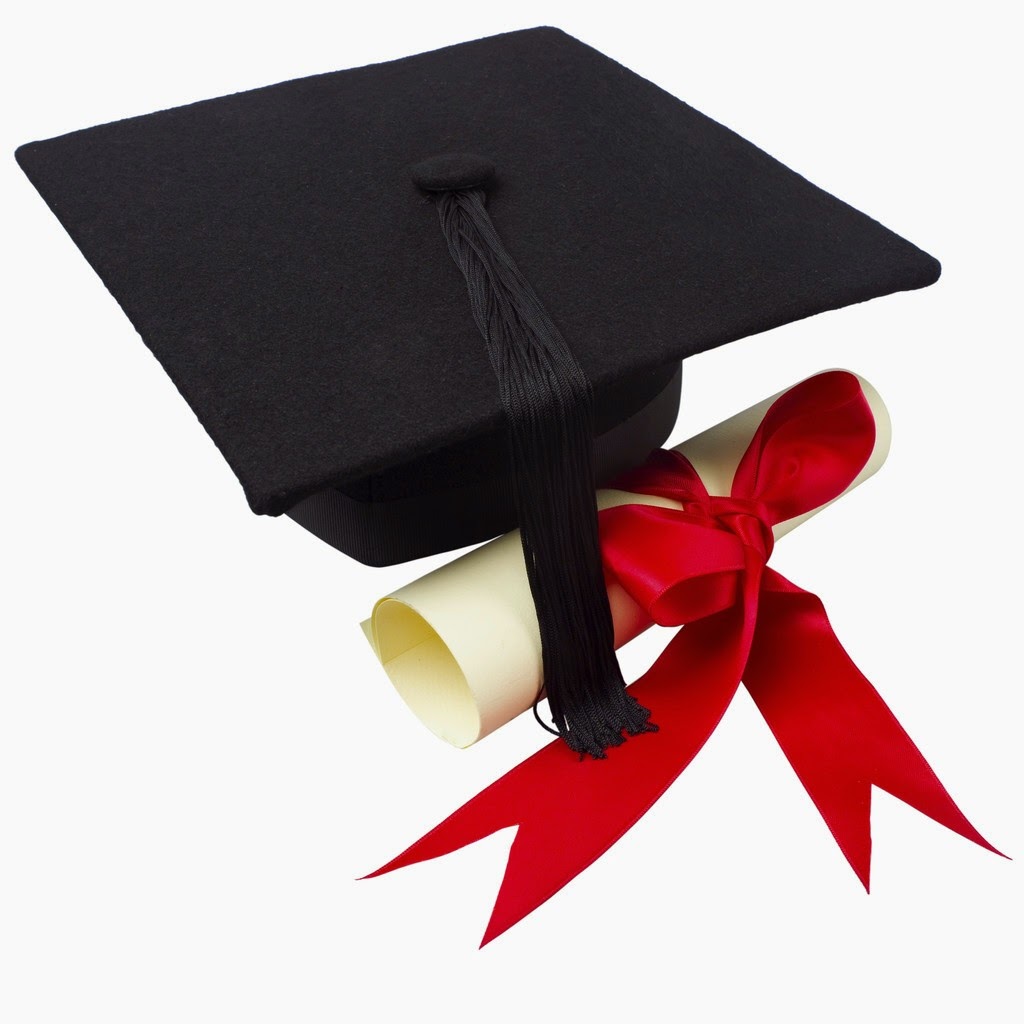 Yes, I'm looking forward to all the excitement of a fairly large family and friend network; but, that's not to say that I won't be anxious to move back in to Floribunda, hook Petunia behind, and return to this nomadic life I've come to love.  There's so much to see, so many people to meet, so many experiences to encounter.

Aaahh, but here is the picture I take with me regardless of where I wander: 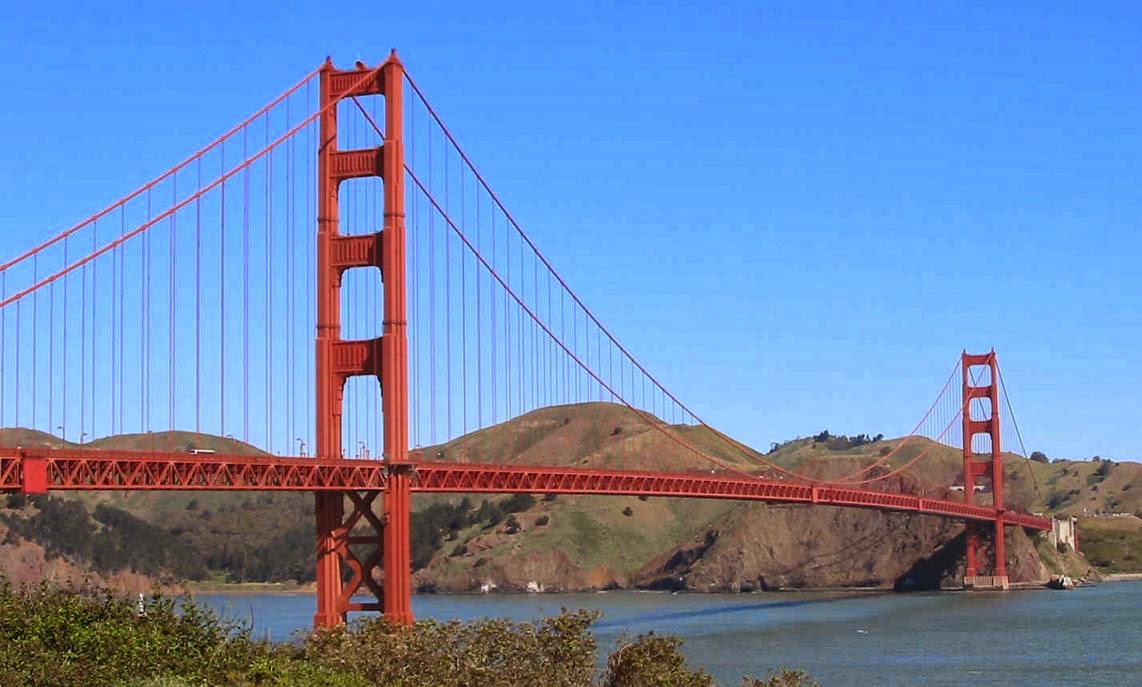