Yesterday driving along I-40 E, nearing Amarillo, chewing my Juicy Fruit gum; all of a sudden I noticed something hard in the gum.  Yup, that crown I've been wondering about.  Remember when I was in Utah I visited a dentist because I thought there might be an issue with a crown on the left side of my mouth; he found nothing wrong.  Well, I lost a crown (actually I didn't lose it - it was in the gum); so as soon as we got settled down at Fort Amarillo RV park, I did some surfing and found a dentist who could see me this morning.

So, I drove to his office, about 4 miles from the RV park, very nice office, busy practice.  He re-cemented the crown, saying that he'd like to do an implant as he thinks even a new crown would eventually fall off at some point.  I asked his assistant to give me an estimate, which she did:  $4,000!  As an afterthought, he mentioned, "But, it's always possible that this crown could last another  year, 2 years, maybe even 3 or 4."

I thanked him for his consultation and cement and paid the bill ... $189.  He hadn't even looked at any other teeth or done anything else.  And, I had thought since gas is cheaper here maybe other things would be, too.  Not!   I have dental insurance, but it's only effective if I seek dental care from a specific dentist in Roseville, CA; and, at that, it only covers about $1500 a year.  So, I figure I'm on my own and will take my chances with this crown, at least until it gets lost again.

So, from the dentist's office I drove about six miles closer to downtown Amarillo ad visited the International headquarters of the American Quarter Horse Association and, across the street, the American Quarter Horse Hall of Fame and Museum.  Now, I don't claim to be any kind of an authority on horses of any breed, but I was married for a long time to a gentleman who LOVES horses.  So, over the years, I did see a lot of horses, and even had a horse of my own at one time.  I also have some great friends and relatives who are real horse fanatics; I know they'd love to visit these attractions.... 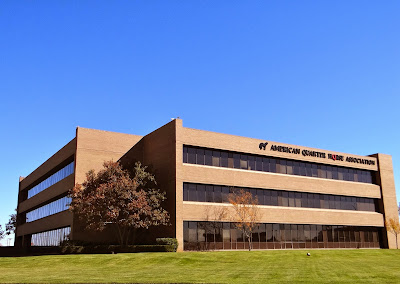 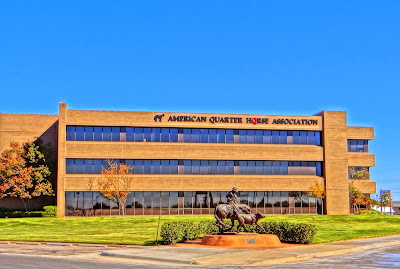 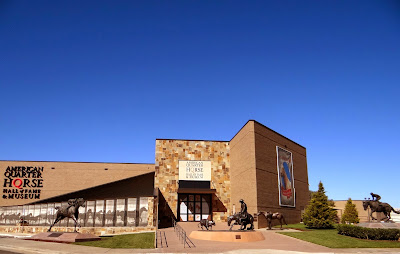 Directly across the street is the Hall of Fame and Museum 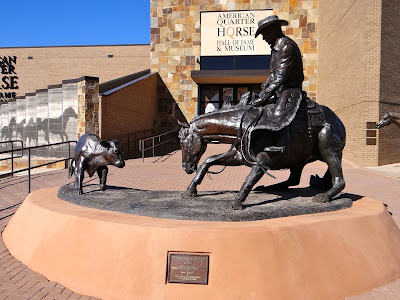 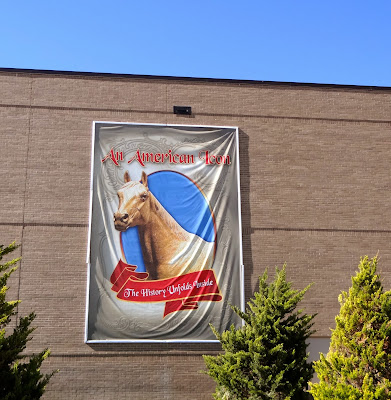 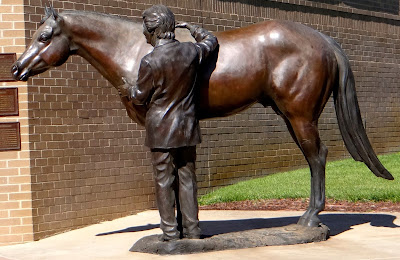 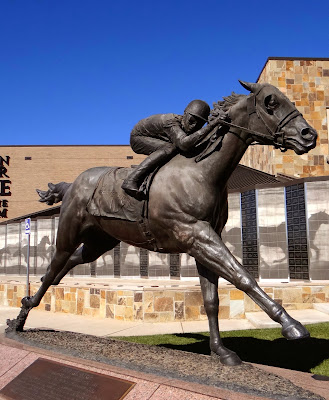 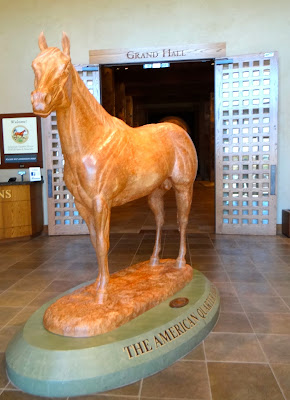 Entrance fee was $5 for seniors 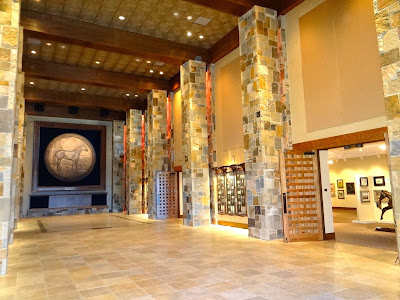 The Grand Hall.  I was very impressed with the building itself 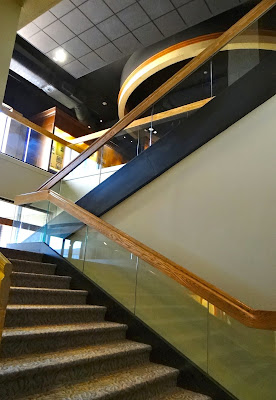 It was very lovely 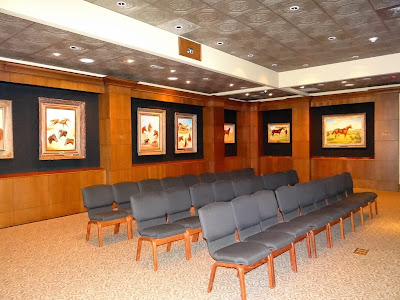 Theater with ongoing videos of orientation to the American Quarter Horse 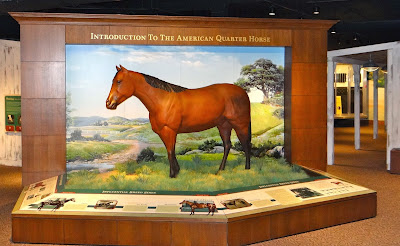 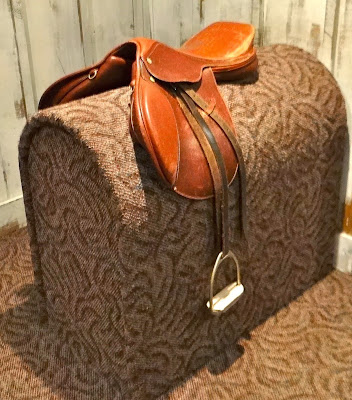 Lots of information about saddles and tack 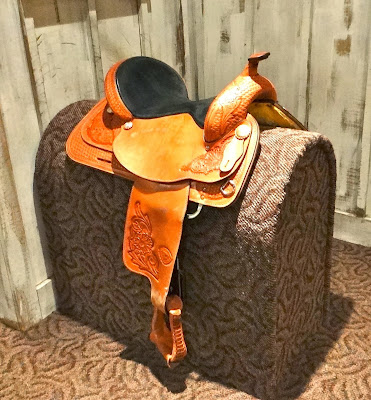 What American Quarter Horses are used for 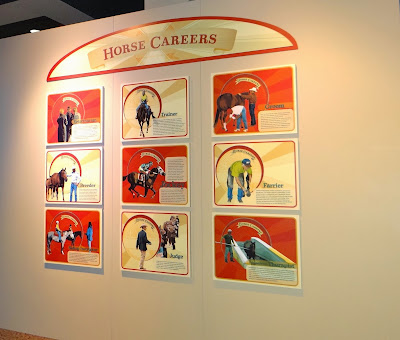 And, my favorite part of the museum was the magnificent display of oil paintings and sculptures.  The lighting was wonderful for viewing the exhibits but I did have a few issues with camera shots, but you get the idea 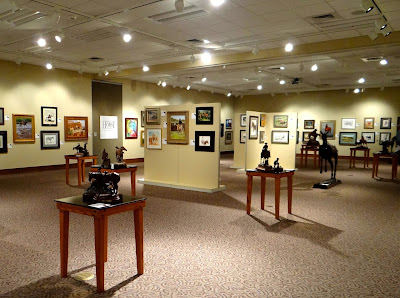 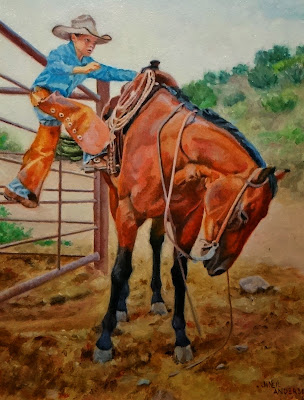 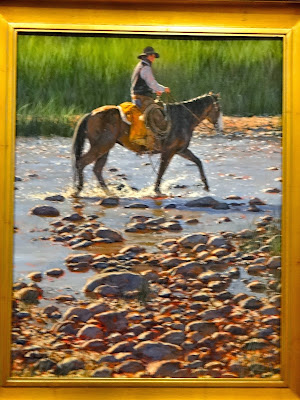 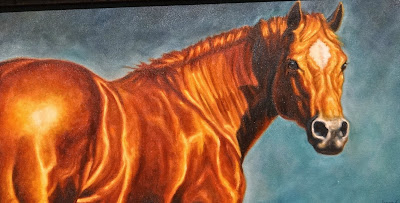 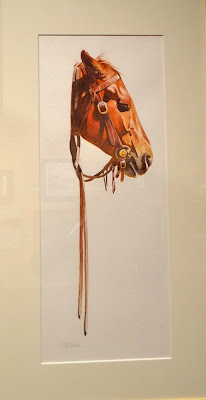 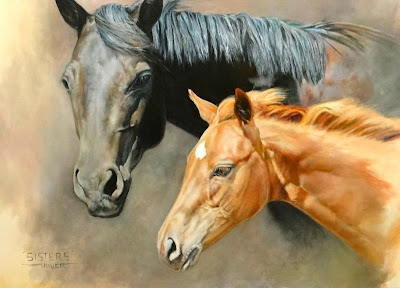 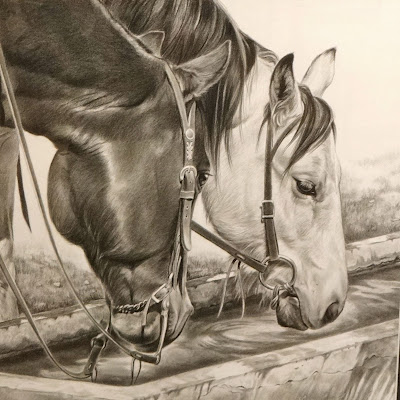 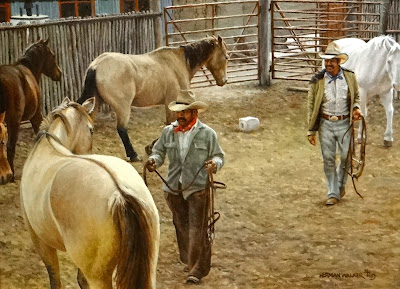 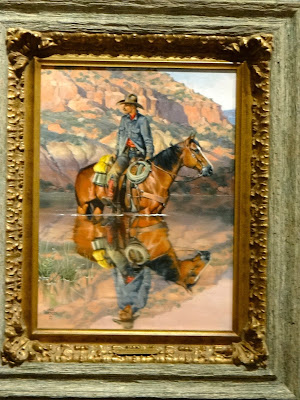 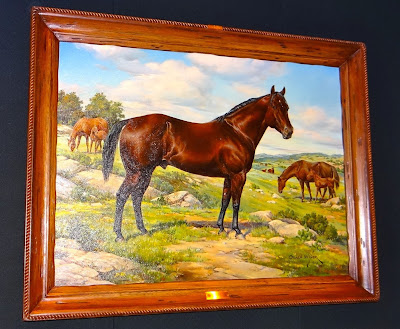 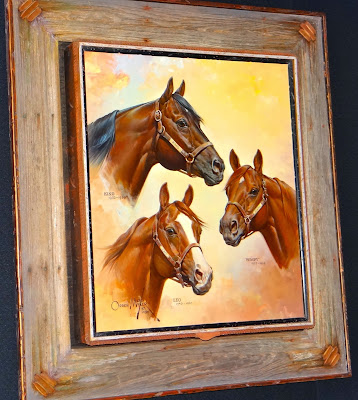 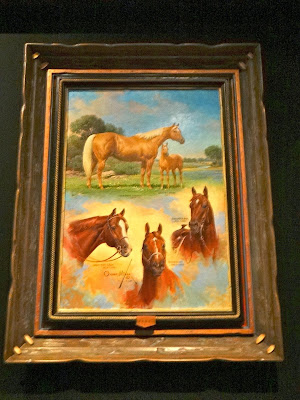 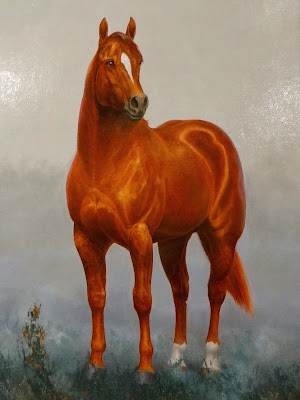 I spent about two hours going through this lovely museum and learned a lot that I certainly never knew about this truly American breed that has been so prevalent in the history of this country.

Finally today I also went to see "Captain Phillips" with Tom Hanks.  It was, as usual for Mr. Hanks, a superb retelling of the true story of hostage taking of Captain Richard Phillips by Somalian pirates in 2009.