Of course I woke before the crack of dawn - tummy scrunchy - waiting for report on Petunia.  Thought I'd insert a post of photos from the last couple of days when I didn't have access ....  while I wait for news from the Mercedes Benz 'hospital' on Petunia's condition .... 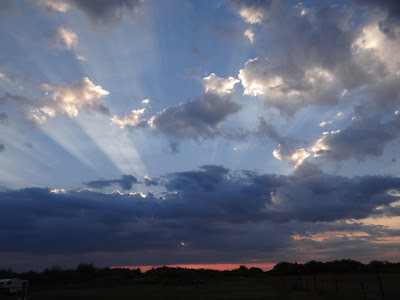 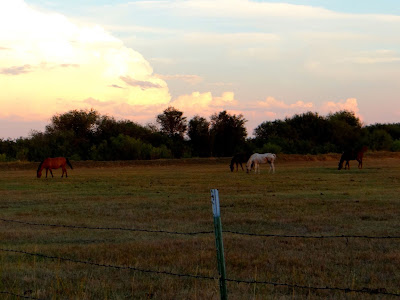 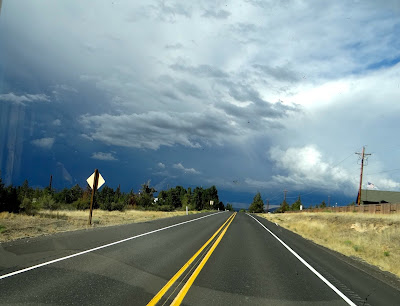 From Burns to The Cove Palisades SP the weather in the distance was fun to watch.  There was a lot of thunder, lightening and rain activity, but none very close to us.  Parts of the sky would look blue and mild, while at the same time, other areas would be dark and rainy 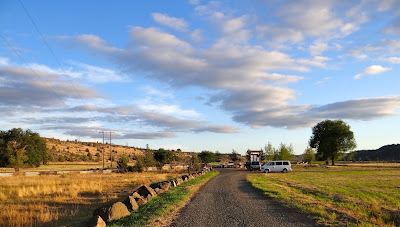 The Cove Palisades is located in high desert.  This is the entrance but not very interesting except for the sky.  Later we had some mild Oregon mist (rain to the rest of the World) that continued throughout the first night. 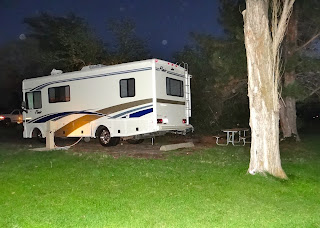 Here's our site.  Each site is surrounded by this lovely grass that's meticulously cared for.  As it rained the first evening and night, I was thankful the site had level blacktop and grass - no mud in the RV. 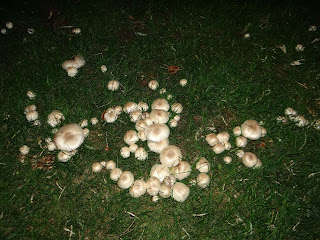 Taking Lacy out for a potty walk before sunrise I came upon these 'mushrooms' that had miraculously sprung up in just hours right outside our rig!  There were about two hundred of them!

I loved this State Park.  It's a 'must see' with spectacular geological formations, native vegetation left in its natural state, wildlife and views of the Cascade Mountain Range and the Deschutes River and Crooked River Canyons.
The word "palisades" refers to the basalt lava formations as it cooled after the massive volcanic eruptions that occurred about a million and a half years ago!  The palisades are columnar basalt formations that are distinctively identified along the canyon walls by their color and form.  I'm certainly not a geologist but this is spectacular. 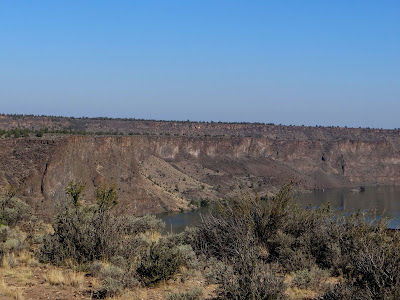 Here's a distance shot, in which you can see the lake.  There're are lots of boaters and their water toys 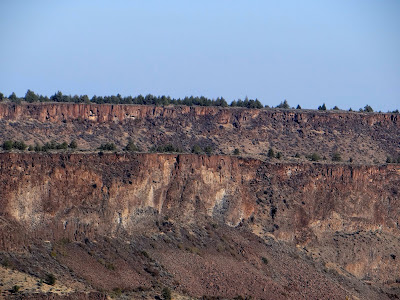 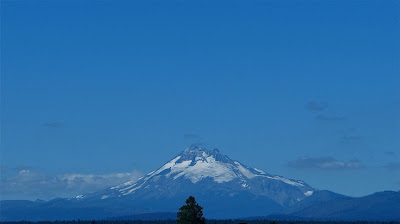 Upon driving out of the The Cove Palisades SP Sunday morning, this is a close up of Mt. Jefferson 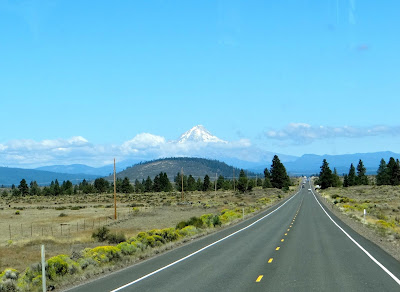 On Highway 26 to Madras (about 15 miles north of The Cove Palisades), this is high desert with a view of Mt. Hood in the distance 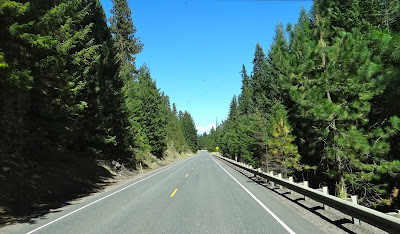 Then rather suddenly we were back into timber country once again as Mt. Hood came closer and closer

We arrived at Milo McIver State Park in mid-afternoon and, although the park entrance sign indicated "Park Full,"  the ranger encouraged us to take a look and we found that the campground was almost empty.  The camp host suggested this site and we moved in.  I backed in as far back as I could to take advantage of the most shade.  Outside temps were in 80s so shade was important. 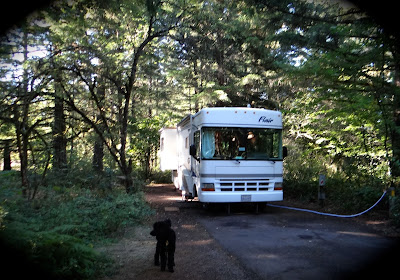 At about 6PM the inside temp rose to about 80 and I watched it closely to try to avoid using the air conditioner.  The night cooled, but nothing like the high desert.  Indoor low this early AM was 68 degrees. 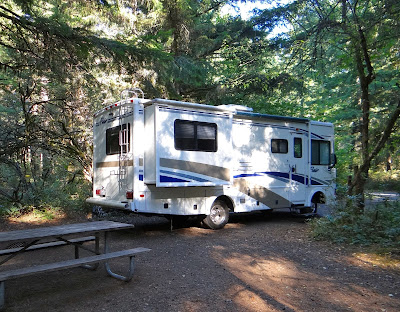 The sites are well secluded from one another and it's especially nice as there are very few sites occupied.  The 'silence' plays havoc with my tinnitus (ear ringing).  The insect and bird songs are 'loud.' 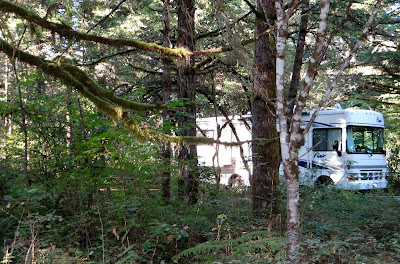 The trees surrounding the site are 'dripping' with moss 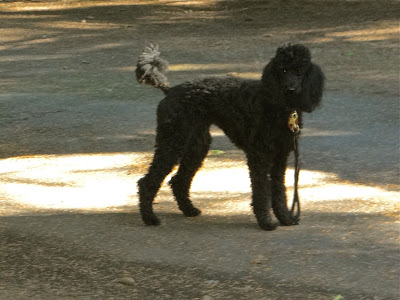 Like all SPs there's a leash law, so Lacy wears 2 control mechanisms:
1) a short leash I can take hold of if somebody mentions the leash requirement
2)  a red crocheted loop I can slip one finger through for super-powered control of this wild beast 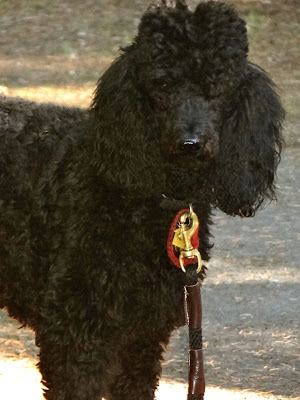 Lacy is really getting this messy-hairdo-camp-style grooming look perfected!
I do brush her but can't prove it by her looks!

While putting this together I've called the Mercedes Benz service manager twice - no answer.  Better get on it again.  That's it for now.  Have a nice day out there.