I'm still a little cautious-feeling about Petunia, so I decided not to drive into Portland's trafficked areas on our first day out.  I took the Clackamas River bridge from Oregon city over the river to visit Lake Oswego, a beautiful suburb of Portland, where my 'young' family lived (population now about 36,000 - don't remember what it was in the 70s) in 1971-72 at 1679 Fircrest Drive on the northwestern corner of the lake for which the city is named. 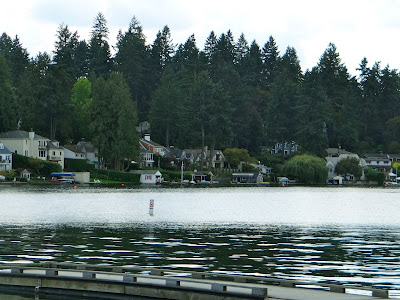 View from State Street Lake Oswego, Oregon - many historical landmarks around the lake 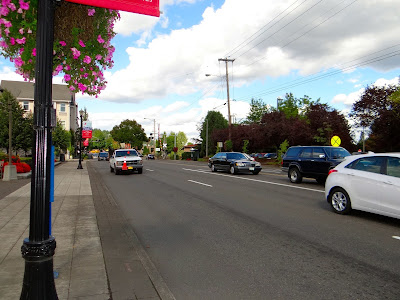 View of State Street - I hardly recognized it, save for a few remnants of the old The Lake Theater, where I remember we saw "Patton."  My parents were visiting and my dad, being retired Army, was quite impressed.  Next door was a cocktail lounge we frequented from time to time.  Now it's Stickman Brewery. 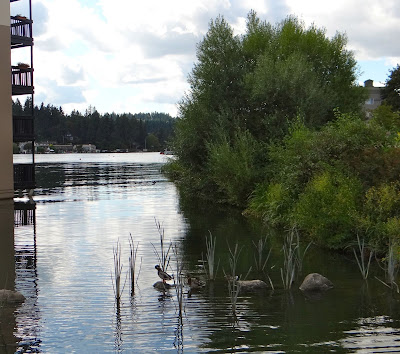 Very happy ducks right next to the main street of town 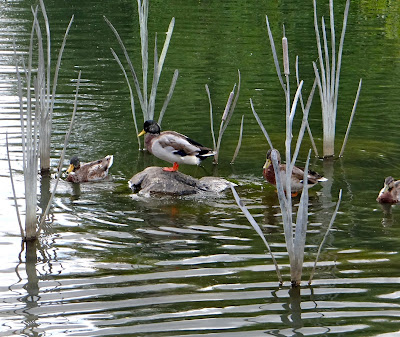 All around the city there are areas of public access to the Lake.  Many houses, and even apartment buildings, have boat docks.  Water sports are de riguer in Oregon 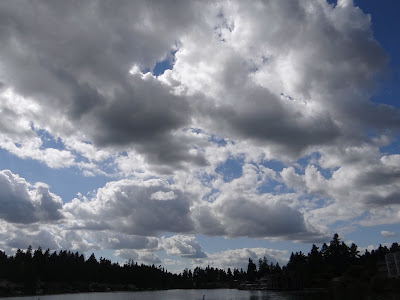 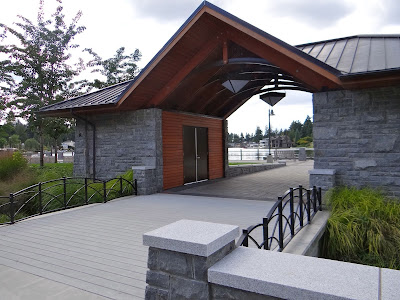 This is new to me.  Right near the Lake Theater on State Street is this plaza / park with several sculptures and a dedication plaque recognizing one of the primary architects of many of the historical landmarks and houses on the Lake, Richard Sundeleaf (1900-1987) 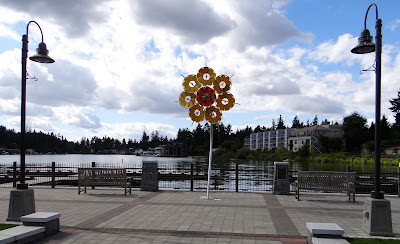 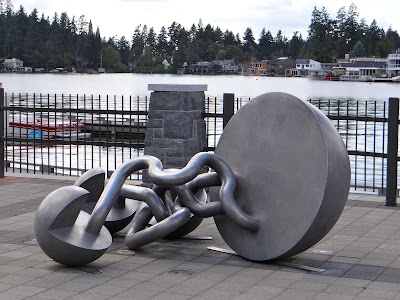 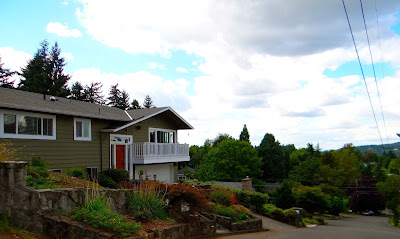 The one Winter we lived in Oregon there were a couple of really healthy snow storms.  I remember  it being quite difficult to manage the steep driveway during that time and the fact that we had to park our cars about two blocks downhill as the street was so treacherous.  But the intrepid Jeff, aged 11, delivered the afternoon newspaper everyday during that time 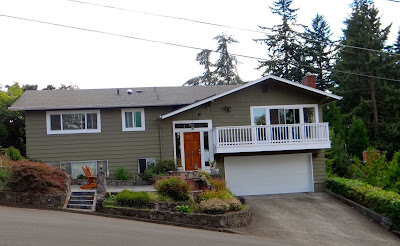 I have to admit that the rain averaging 250 days a year and the overcast that often didn't go away for days on end were a little depressing.  It's all in what one's used to.  Tuesday, the MB driver who took me from the park to MB in Portland to pick up my car complained about the weather this Summer, "It's just been too sunny!" 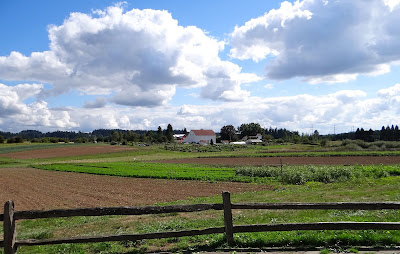 This farm (and now a City park adjacent to it) are located only about a half mile from our home.  At the time I remember buying fresh and beautiful vegetables, fruit, berries and hazelnuts (filberts) here, although it was a much smaller operation in those days 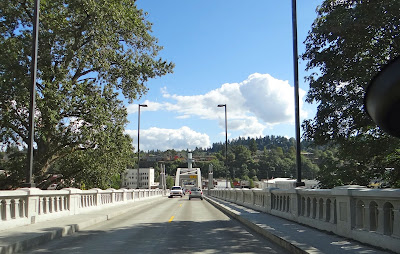