Author:  Team of Rivals:  The Political Genius of Abraham Lincoln from which Tony Kushner wrote
the screenplay that  Steven Spielberg used for the filming of "LINCOLN."

A beautifully mild and sunny day in Southern California - a great day to honor ....

Bachelor of Arts Degree in Sociology

from The Bellermine College of Liberal Arts 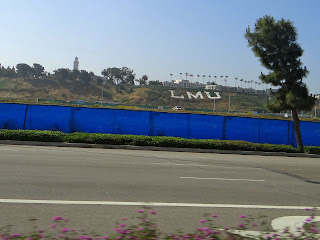 Taken from the drive leading up to the beautiful campus.  See the tower of Sacred Heart Student Chapel and the row of beautiful palm trees 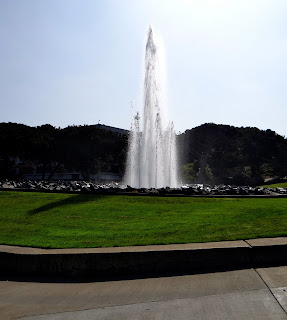 Lovely fountain at the back entrance to the campus 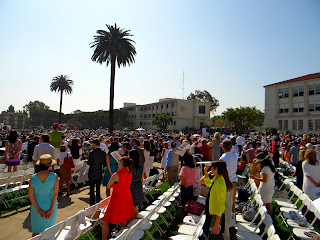 About 4,000 Under graduates, Masters and Doctoral candidates - Probably 25,000 spectators 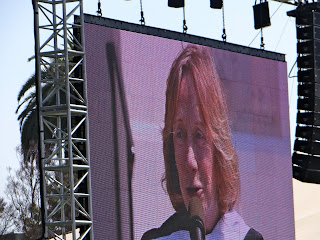 Addison and her four cottage mates hosted a post graduation party for their families and friends at their off-campus home.  It was a Mexican themed party catered by a gourmet taco catering company.  The tacos were excellent and very authentic too 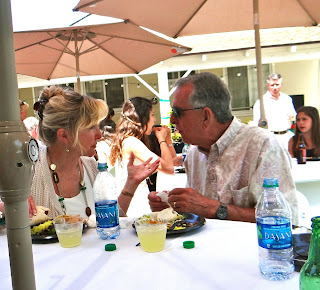 Addison's GrandDad John Sherman (my ex-husband and still friend) and his lovely wife, Gail.  John is recuperating from the devastation of a rare genetic condition that had had his doctors baffled for months and months.  He has recently regained some of the about 40 pounds he lost before they were able to diagnose and correctly treat the disorder.  We're all happy he's feeling so much better 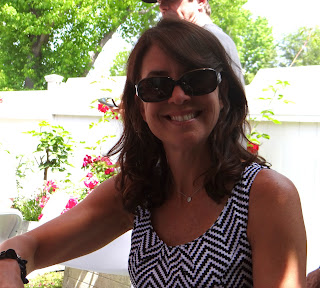 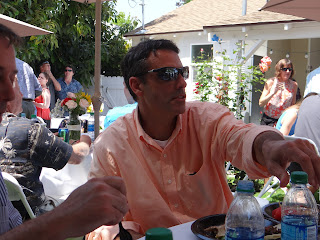 And, here is the proud Dad, David.  He's a spectacular Dad and knows his parenting will be repaid many times over by Addison in her life endeavors 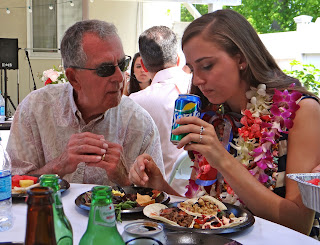 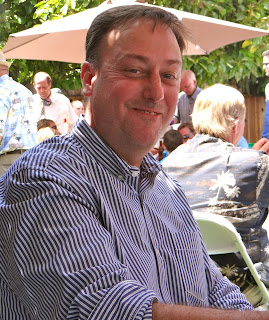 David's only brother, Sammy Duane from Tempe, Arizona - he's a very well-known high school basketball coach at Coronado High School.  He took over the position after his Dad, Sam Duane, retired from the same job.  It runs in the family 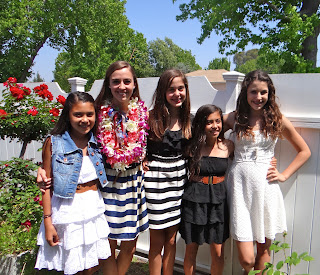 Here is addison with two of her four sisters, Tate and Avery, and her cousins, Malia and Samantha.  check the difference in heights between Avery (on the far right) and her cousin, Sam (in the black strapless dress).  All four of Addison's girls are 13! 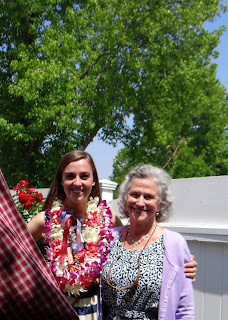 And a shot with Mimi (the French diminutive for 'grandmother).  Addison and I both speak Spanish and seem to be the family members having most 'wanderlust.'  Addison leaves tomorrow for Europe:  Spain, Italy, France and England.  When she returns she will be at Arizona State University for an accelerated Teaching Credential program.  Then she's off to become a public school teacher for Teach For America in Denver, Colorado - a two year commitment 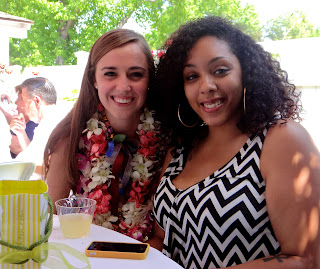 Addison with her wonderful friend, Toni Richardson.  Toni and Addison were roommates in their first two years at LMU.  Toni will graduate next year and attends LMU on a full-ride scholarship - a very accomplished young lady 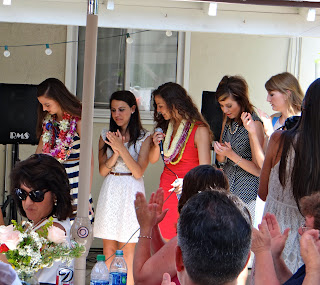 Addison and her four housemates addressing the party of families and friends
Posted by mps2343 at 8:18 PM