I had a nice conversation with my eldest son, Jeff, last evening via Skype; as he mentioned, the connection was fantastic.  I explained to him that there's a German couple camping here in one of those huge African safari-looking vehicles who've been here for five years! Joachim is a computer expert who makes sure the Internet connection is the best that it can be.  It is THE best Internet connection I've ever had, including home!  I've used Skype several times and the reception has been perfect.

It's hard for me to believe but Jeff will be 52 on the 16th of this month!  Talking with him yesterday brought back such wonderful memories of his birth and infancy.  He was an adorable baby - and was so calm; what a gift for an 18 year old first-time mother.

A snippet:  Jeff was born in the old San Jose Hospital, San Jose, California.  His grandfather, Spence Sherman, happened to be making a sales call at that hospital the day we were discharged.  He worked for AIRCO - Air Reduction Pacific - and sold gases to the hospital.  When my husband, John, went to the Admissions and Discharge Department to get all the discharge papers in order so we could be off, he found that we owed $35 that had to be paid before they'd let us go.  $35, an impossible sum for us!  John's dad to the rescue - he paid the $35 and we were on our way.  But, proud 'kids' that we were, we insisted we'd pay $5 a week until the debt was paid off; and that we did.  At the 7th, and final payment, as we handed the check to Spence, he produced the other 6 and tore them all up!  Spence is still with us at this time; he'll be 99 in November of this year!

Jeff had lots of black hair; I combed it in that mohawk-looking baby hair style.  Now, as I think back, I can remember how much pride I took in that baby.  His was just an incredible little guy.  Here are a few of his incredible feats: 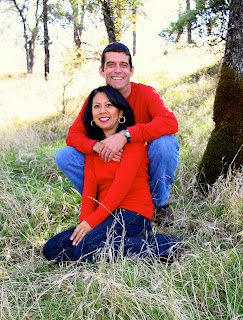